It's nothing spectacular but offers solid performance nonetheless 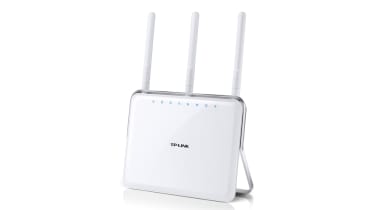 Additional features include DLNA media sharing - but with caveats - along with simple parental controls for up to four MAC addresses, dynamic DNS through No-IP or DynDNS, and a conditional pool for the DHCP server which allows selected vendor IDs to be grouped together.

The wireless performance of the Archer D9 is good, but nothing particularly special - despite the promise of beam-forming technology to extend its range. While it managed to provide a measurably stronger signal than a rival device on the 5GHz band, its 2.4GHz signal was weaker - likely a trade-off in the dual-band antennas supplied with the unit. 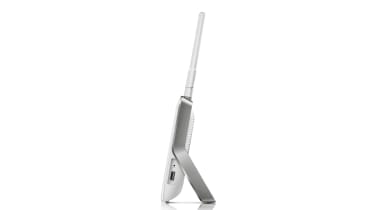 The file-sharing feature is of less use. Security concerns about the default configuration aside, the USB 3.0 port is more of a gimmick than a real feature: a USB flash drive which can write at 21MB/s and read at 42MB/s locally was connected to the Archer D9 and accessed via CIFS, but slowed to just 11.6MB/s write and 20MB/s - around half its usual performance.

The DLNA server, too, is buggy: as with previous TP-Link routers, it treats MP4 files as audio rather than video preventing them from playing back on client devices. While the solution is simple enough - rename the file - it's an annoyance that TP-Link really should have fixed by now.Finally, there's the matter of price.

If you need an ADSL router with good, though not spectacular, wireless performance and would find the ability to - slowly - share USB storage devices or printers with other systems around the house, the TP-Link Archer D9 is a solid choice. There are cheaper options, however.