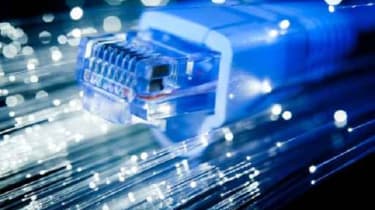 BT's role as sole supplier to the government's superfast broadband rollout didn't limit coverage or lead to higher costs, but could have knock-on effects to competition in the future.

Those were the findings of a report by economic thinktank Oxera, which was commissioned by the government quango Broadband Delivery UK to assess its broadband delivery scheme.

BDUK is tasked with doling out 780 million to roll out superfast broadband - at 30Mbits/sec - to 95 per cent of the population by 2017.

That budget is being handed out to local projects that are part-funded by councils and local authorities, but BT won all the contracts after the only other rival provider, Fujitsu, pulled out in 2013.

The quango commissioned Oxera to examine its own structures, and decide whether the process has worked.

Despite heavy criticism from the National Audit Office and the Public Accounts Committee for the BDUK scheme, Oxera came to the conclusion that it's mostly worked.

The report said the scheme has been "effective" at meeting its objectives and "not created undue distortions of competition or trade."

However, it did criticise the wide range of speeds that BDUK's guidance would accept - starting as low as 15Mbits/sec, half the actual target - and the failure to publish a database of existing infrastructure that could be re-used for superfast broadband.

At the core of the report is Oxera's assesement of whether the process worked with a single bidder, namely BT.

The report said there were "limitations in the data" that BDUK had to assess BT's bid prices, but said "it is not obvious" whether that would have helped decide future costs.

BT's lead role has led to competition fears from some, but Oxera was not concerned. "This may not, in itself, be an issue in the short term provided that BT is providing value for money and all other suppliers would offer a higher cost," the report said.

That could change in the future, though. "However, the lack of competition for local tenders raises the question as to whether BT has now locked in an incumbency advantage that is of future detriment to competition," it added. "This issue relates not only to BT's actual costs, but also to rivals' beliefs about whether it is worthwhile to bid against BT."

None of that is criticism of BT, but BDUK, which failed to set up a system that welcomed smaller suppliers.

For similar systems in the future, Oxera said that "where an incumbent supplier is in a position to win the majority of funding, client bodies should explicitly consider how to encourage entry by competitors" or ensure that the sole bidder is kept in check through legislation.

Andrew Ferguson of thinkbroadband.com said the report was important, but didn't change how the rollout would be continuing.

"Evaluations of the BDUK scheme are very important but at ground level they do little to help those that are not part of the phase one projects and who are still waiting to see if the new phase two projects will help them," he said. "In terms of the project itself as so many of them are still underway it is hard to judge the value for money."

His website thinkbroadband.com is running a coverage checker to predict when the 90 per cent target for 2015 will be hit - at the moment, he predicts December.