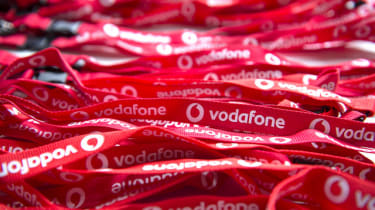 Vodafone and Liberty Global are to roll out video, broadband, mobile and B2B services in a joint venture in the Netherlands.

Liberty Global will merge its Ziggo landline, TV and broadband network with Vodafone's mobile operations in the 50-50 venture, with the aim to create a quad-play provider in the Dutch market.

Paolo Pescatore, director of multiplay and media at analyst house CCS Insight, said the combined company will be a serious competitor to KPN, the Dutch landline and mobile operator.

He said: "Ultimately, the joint venture between Vodafone and Liberty Global creates a far stronger rival to KPN and will clearly put more pressure on the company."

Vodafone and Liberty Global estimate the combined venture will be worth 3.5 billion after integration costs based on cost, capex and revenue synergies.

Vodafone will pay Liberty Global 1 billion to ensure ownership of the venture is split equally, and the pair expects the services to merge by the end of 2016, subject to EU approval.

Is a UK merger still on the cards?

Other communication providers are already merging services, with BT having completed its 12.5 billion acquisition of EE earlier this year, and the EU set to decide on whether Hutchison, the firm that owns Three, can buy mobile operator O2 for 10.5 billion.

However, the talks came to an end last year without either company finding a "mutually successful" way of combining their services, according to Liberty Global chief John Malone.

And Pescatore believes that while the Dutch merger paves the way for the firms to combine services in other markets, a UK deal remains unlikely.

"[The merger in the Netherlands] follows failed asset swap talks between both companies on a wider scale and it seems that both companies will now be looking to replicate this approach in other markets," he said.

But he added: "In the UK we still believe that strategically it makes more sense for Vodafone to acquire Sky, driven by the importance of content. As the market rapidly moves towards multiplay, it will be important for providers to differentiate beyond price alone."