More woes for BT as outages hit for second day 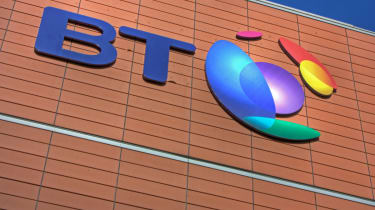 According to Down Detector, the telco's problems saw a sharp rise between 6am and 9am this morning, almost exactly the same time as yesterday's issues. However, it is not thought the two incidents are related.

BBC News reported that Telehouse North confirmed that a tripped circuit breaker had knocked out the network and engineers were on site battling to fix the problem.

In a statement, a spokesman for Telehouse said that the company was "aware that there has been an issue with the tripping of a circuit breaker within Telehouse North that has affected a specific and limited group of customers within the building. The problem has been investigated and the solution identified. Our engineers are working with our customers on the resolution right now."

According to BT's status page, BT customers are experiencing problems accessing some Internet services this morning. "It's down to repeated power issues at one of our Internet connection partners sites in London. Engineers are on site now and working to fix the problems as fast as possible," the page added.

UPDATE: Equinix has admitted that it was at fault for the outage that caused BT's internet service to go offline. In a statement, Russell Poole, UK managing director at Equinix. said that the outage occurred at the former Telecity LD8 site in London earlier this morning. "This impacted a limited number of customers, however service was restored within minutes. Equinix engineers are on site and actively working with customers to minimise the impact," he added.

BT's broadband network crashed for thousands of users across the UK this morning, with Plusnet also going down.

People were affected in cities including London, Liverpool, Birmingham, Milton Keynes, Leeds, and Nottingham, with DownDetector recording 5,397 reports of problems at around 9am. 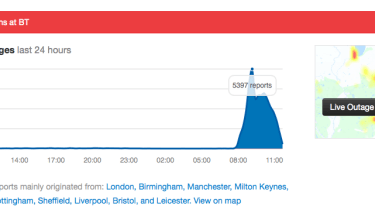 At around 11am it added: "Sorry for problems accessing some internet services today, this was caused by power issues at a partner's site. We're restoring services now." 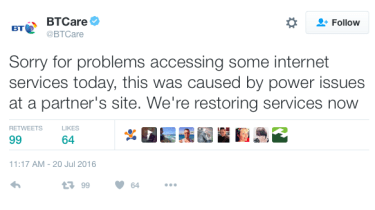 A BT spokeswoman separately confirmed to IT Pro that the power issues at a partner site in London meant that 10 per cent of BT internet users' attempts to access websites would fail.

Only websites whose traffic was routed through this partner site were affected.

Customers expressed their anger on Twitter, with CharlieMFC tweeting BT Care: "No backup power at Harbour Exchange for resiliency like any normal company should have? Let alone a major UK network..."

Gareth Brown added: "I find it poor and alarming that "power issues" from a "partner" can cause an outage on your network to this scale." 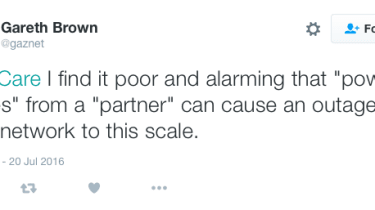 The problems started at 8.07am and BT engineers fixed the issue at the partner site at around 12.10pm.

The spokeswoman said in a statement to IT Pro: ""We're sorry that some BT and Plusnet customers experienced problems accessing some internet services this morning. Around 10 per cent of customers' internet usage was affected following power issues at one of our internet connection partners' sites in London. The issue has now been fixed and services have been restored."