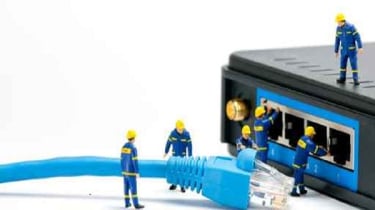 Millions of UK homes are still unable to access "decent" enough broadband speeds necessary to meet digital needs, according to a recent study by Ofcom.

In the "Connected Nations 2016" report published today, revealed that 1.4 million UK homes and businesses, or 5% of all properties, are unable to sign up for broadband over 10 Mbit per second, speeds required to meet digital household needs in 2016.

The report also found that total 4G-network coverage supplied by four operators reached just 40% of the UK landmass, although this was substantially higher than the 8% found last year.

With targets for 1 Mbit/s upload speeds included, the number of UK properties receiving an inadequate service rises to 2.6 million, while only 2% of UK premises can access ultrafast full fibre services.

"Mobile and broadband coverage continued to grow this year, but too many people and businesses are still struggling for a good service," said Ofcom CTO Steve Unger.

"We think that is unacceptable. So we're challenging mobile operators to go beyond built-up areas, and provide coverage across the UK's countryside and transport networks. Today we've also provided technical advice to support the Government's plans for universal, decent broadband," added Unger.

Findings from the report revealed that almost 40% of all rural properties are unable to access superfast broadband, while a quarter, around 920,000 homes, cannot receive speeds over 10Mbit/s.

In response, Ofcom has released an advisory report to help the government implement plans for universal broadband, set out in 2015. Under this obligation, 100% of UK homes will have access to at least 10Mbit/s broadband by 2020.

The report highlighted that overall coverage and quality of UK broadband had increased since 2015, with a 28% rise in average speeds and over a third of new homes accessing superfast broadband over 30Mbit/s.

The availability of superfast broadband has increased, according to the report, but a "significant number" of UK premises, including homes and small businesses, remain at risk of "digital exclusion".

A survey released in November by ViaSat found that 72% of consumers were unhappy with UK broadband and felt the government isn't doing enough to meet future broadband needs.

Dan Howdle, consumer telecoms expert at comparison site Cable.co.uk, argues that while "honourable", there are no clear plans for delivering universal broadband in time for 2020.

"It's all very well pointing and saying 'this many homes have rubbish broadband and diabolical mobile reception', but the real question remains: how exactly, in each individual case, are we going to achieve that?" said Howdle.

"If you're living in a hillside cottage in the Highlands and the promise is you'll have 10Mbit/s by 2020, should a letter not have already dropped through your door carrying an explanation of exactly when and how this is going to happen?," added Howdle.

A report published on Wednesday by the National Infrastructure Commission found that 4G mobile broadband coverage in the UK was worse than 53 other countries around the world, including Albania and Peru.

Ofcom has stated it would closely monitor the progress of government plans to deliver universal broadband.