TalkTalk CEO Dido Harding to depart in May 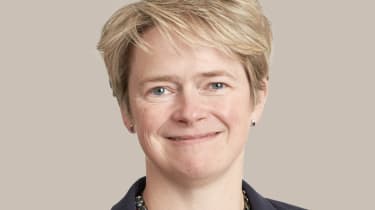 TalkTalk's CEO Dido Harding will step down from the role in May, the company has announced.

Alongside her departure, TalkTalk announced that Charles Dunstone will shift from non-executive chairman to executive chairman after stepping down from the same role at Dixons Carphone. Dunstone owns a 31% stake in the ISP, which was spun out from Carphone Warehouse in 2010.

Harding will be succeeded by Tristia Harrison, who is currently the MD of TalkTalk Consumer, while Charles Bligh will step from MD of TalkTalk Business to COO.

Harding has held the CEO position for seven years, and said in a statement she would "focus more on my activities in public service".

The announcement follows a rough couple of year for the ISP, which was hit by a costly hack in 2015 and reported falling revenues in its latest results, also announced yesterday. Harding denied her departure had anything to do with the hack, saying it was "ancient history".

TalkTalk's 2016 revenues were down to 435 million from 459 million at the same time last year, indicating a loss of 42,000 broadband customers.

The revelation that Harding was departing sent TalkTalk shares up 8.5% today; a rebound for the company, as its share price is down almost 30% from a year ago.

Dunstone founded Carphone Warehouse 27 years ago, calling his own departure the "end of an era".

"It is very emotional," he said, according to a Guardian report. "Take that as a reflection of my dedication to TalkTalk and belief in what we can do with it."

He said he made the move to help Bligh and Harrison in their new roles, as neither has run a public company before.