UK's broadband is slower than speeds in 30 other countries

Britain beaten by countries like Slovenia, Thailand and Macau 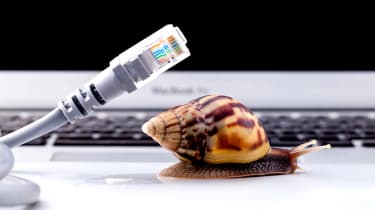 The UK ranks just 31st in average broadband speeds across the world, according to new global figures, coming in behind countries including Estonia, Thailand, Hungary and Macau.

The data was compiled by Cable.co.uk from more than 63 million internet speed tests, and shows that the UK is lagging behind other nations, with an average broadband speed of just 16.51Mbps.

Chart-topper Singapore had an average connection speed over three times faster than the UK's, at 55.13Mbps. This would allow users to download a 7.5GB file in under 20 minutes, while UK users would have to wait over an hour for the download to complete.

On the other hand, even in 31st place, the UK is still firmly in the top 20% of countries when it comes to internet speeds, and significantly ahead of Yemen, bringing up the rear with a result of less than 1Mbps.

"Superfast rollout in the UK continues apace," said Cable.co.uk consumer telecoms analyst Dan Howdle. "Goals are being met, new initiatives undertaken and public funds being made available. However, clearly there are lessons to be learned both from Europe and from those topping the table. Not least the importance of reaching those with the lowest speeds, predominantly in very rural and/or hard-to-reach areas, but also greater investment in hyperfast fibre to the home (FTTH) networks, which currently reach only 2% of properties in the UK, compared to Sweden or Latvia, say, where FTTH exceeds 40%."

Many of the countries with faster average speeds than the UK are Asian nations like Taiwan, South Korea and Japan, which have a reputation for advanced technological capability. The United States also ranks higher.

However, many of Britain's eastern Europe neighbours are also achieving better speeds. Slovenia, Lithuania and the Czech Republic all have faster internet on average, despite having a gross domestic product more than ten times smaller than the UK, according to World Bank figures.

The UK is beating some notable countries, though, with faster average speeds than France, Luxembourg, Italy and even the Republic of Ireland, where the vast majority of tech giants have chosen to locate their European headquarters.

The figures were gathered by M-Lab, an organisation dedicated to collecting and distributing internet performance data with partners such as Princeton University's PlanetLab, Google Open Source Research and New America's Open Technology Institute.

Collin Anderson, independent researcher at M-Lab, said: "The research demonstrates the value of network measurements and open data across countries to understand where countries rank against each other and to provide evidence that facilitates public learning about broadband development." 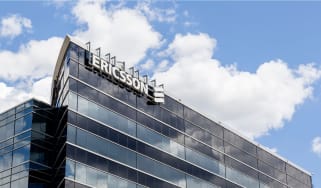