Sadiq Khan wants the capital to be better connected, and he’s got a plan on how to do it 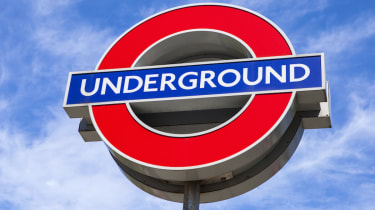 London is set to get a major broadband upgrade if the promises of Mayor Sadiq Khan come to fruition.

The Mayor of London plans to boost London's digital connectivity by improving infrastructure across the city. This means faster broadband to homes and workplaces, along with 4G connectivity on the London Underground. Khan wants to ensure that London can live up to its reputation as a world leader in technology.

The Mayor's plan for better connectivity means that 4G data coverage will extend across all London Underground tunnels from 2019. The Elizabeth line formerly the first Crossrail line will lead the way with such an initiative when it opens in December 2018.

Khan also plans to form a dedicated "Not-spot team" to work with local authorities to discover dead spots in the city and work on how to best resolve them. The idea behind such a plan is to ensure that those who live within London's inner zones, along with the businesses based there, can gain access to reliable and speedy broadband regardless of where they're located.

With more than 40,000 digital tech organisations in London, ensuring that the city has better broadband connectivity is essential to keeping these companies in the South East. Currently, too many of them suffer from London's connectivity issues.

London's local authorities apply for the government's Digital Infrastructure funding to help ease the financial burden of making such vast improvements to their constituency.

Finally, the Mayor's office has also committed to putting on a Digital Connectivity Funding Forum at City Hall. The summit is designed to help Khan's plans mean fewer dark spots and no more suffering with connection dropouts on the underground as you jump between stations and desperately stab the Wi-Fi logo in hope of connecting again before the train starts moving.

The Mayor's words come hot on the heels of a new study that revealed Britain's broadband speeds are some of the slowest in Europe. In terms of the UK as a whole, London actually has some of the slowest speeds in the nation despite having the widest coverage. Perhaps other recently elected mayors could take note of Khan's proposals as they have substantial powers to improve local broadband.