£465 million was recovered from contract clauses with BT 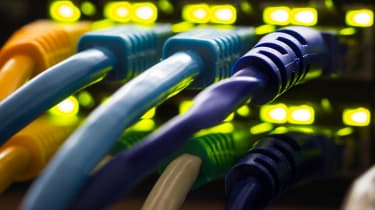 The UK government has recovered 645 million in funding from its superfast broadband rollout initiative, re-investment of which will see 900,000 extra homes and businesses have access to broadband of 24Mbps.

Clauses in contracts between the government and BT under the Broadband Delivery UK (BDUK) rollout of superfast broadband require that BT refund money when people take up superfast broadband connections. Following higher than expected uptake, 465 million has now been set aside by BT to extend overall coverage of the scheme.

A total of 645 million, which is supplemented by 180 million saved through project efficiencies, will be available for local authorities to use to re-invest in areas not already covered by existing rollout plans, including some of the hardest to reach areas of the UK.

"We have now brought superfast broadband to almost 94% of UK homes and businesses, and we are reaching thousands more every week," said Matt Hancock, minister for digital. "We are on track to reach 95% by the end of the year, but we know there's still more to do.

"The money that is now being returned to the programme for reinvestment will help us reach that final 5%, and is all part of our commitment to make sure that 100% of the UK can get affordable, fast and reliable broadband by 2020."

More than 4.5 million homes and business sites now have access to superfast broadband, of which two million have already signed up to packages provided by an ISP, according to government figures.

However, the government will be looking to local authorities to help address the sporadic uptake of new packages throughout the country. Average uptake of superfast broadband in the Midlands, South West, and East of England, has reached over 600,000 premises, however areas such as the North East have seen uptake of 152,000.

Data from thinkbroadband.com reveals that 93% of UK premises are able to access superfast broadband speeds, but Ofcom figures show that only 31% of homes and businesses have chosen to upgrade their package.

"The news that the combined efficiency savings and gain share due to high levels of take-up of superfast broadband from the numerous BDUK projects across the UK has grown again is most welcome," said Andrew Ferguson, co-founder of thinkbroadband.com.

"The previous race to 90% superfast broadband coverage that was met in April 2016 was almost solely a BT Group push, but the 95% target which needs coverage to grow by just 1.3% before the end of the year is looking possible."

He added that although the government still has a difficult task at hand, it can now rely on projects delivered by not only BT, but also Virgin Media, Hyperoptic, and Gigaclear and a handful of other smaller providers who have now won government contracts.

The investment is the latest push by the government to improve broadband infrastructure. Last week, 200 million was set aside as part of the UK's Digital Strategy to roll out full-fibre to the premises, inlcuding a 10 million trial, allowing businesses to access speeds of up to 1,000Mpbs.