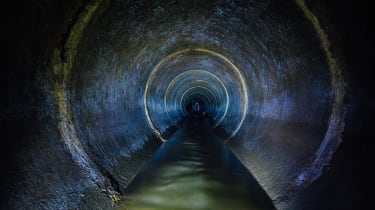 It's not just waste water that's coursing through London's sewers soon broadband could be too.

Telco SSE Enterprise Telecoms has decided to take broadband underground, signing an agreement with Thames Water that allows it to run fibre optic cables through the capital's sewer network.

It believes this will reduce network deployment costs by 60%, and make the process 10 times faster compared to the traditional method of digging up earth to lay cables just below the ground.

Mike Magee, director of service solutions at SSE, said: "Estimates suggest there are as many as 3,000 enterprises in the finance and insurance sectors in the City of London area alone, each vying for connectivity.

"This has made the demand for unique, truly diverse network routes hard to achieve. We've identified a way to solve this by leveraging the waste water network".

"Our Victorian sewers are already home to a number of pipes and cables belonging to other utility companies and we're glad to also now be supporting SSE Enterprise Telecoms," said Richard Hill, head of property at Thames Water.

"Reducing roadworks and traffic congestion is something hugely important to us, so it's great to help a fellow utility company do the same by allowing them to make use of our existing infrastructure."

The geographic spread of Thames Water's sewage system opens up SSE's services to plenty of London businesses, and helps it find a cheaper way to expand after last week's ruling from the Competition Appeals Tribunal on BT's dark fibre network.

The tribunal found in favour of BT, which had appealed against an Ofcom directive forcing BT to open up Openreach's dark fibre network to rivals for ultrafast business and ethernet connections.

The tribunal ruled in July that the regulator got its definition of leased lines incorrect, and last week declared the mistake a 'material' one, rather than a 'technical' one, meaning Ofcom must spend months redrafting its approach.