We look at how bandwidth works, and why your internet connection sometimes slows to a crawl... 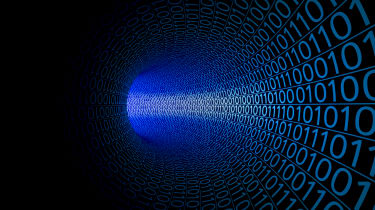 The absolute maximum amount of data that can be transferred through an internet connection over a marked period of time is known as Bandwidth.

Bandwidth is a reference to the capacity of a network’s communications like that allow data to be moved between nodes. This does not refer to the speed of the data transfer, which latency is factored into, just the maximum capacity.

Recent innovations in networking have skyrocketed the amount of bandwidth in connections used by individuals and businesses all across the world. For reference, bandwidth has been measured in bits per second (bps), which was quite low when the unit of measurement was first coined, but can now be recorded in millions or billions of bits per second.

Higher-bandwidth networks can even transfer a greater number of data packets than connections with lower bandwidth. One of the best ways to relate may be to imagine the movement of data through these connections in a similar way to water moving through a hose. Low bandwidth is the equivalent of a really narrow pipe, through which there’s a limit. Conversely, pipes with broader width, or bandwidth in networking terms, can boast a higher capacity to carry water, or data.

Although bandwidth doesn’t generally affect data speed, low capacity could result in a bottleneck forming, which can lead to unresponsive or slow applications on the user interface (UI) side of things.

A web page, for instance, could consist of just text without any of the images that should appear due to low bandwidth leaving the connection struggling to carry large data packets. Online gaming, too, can suffer from an unresponsive or slow experience due to low bandwidth, leading to lag.

How do you measure bandwidth?

Measuring bandwidth can become quite complicated with numbers followed by a series of letters that might seem a tad nonsensical at first. But bandwidth is commonly measured in millions of bits per second; those large numbers of bits are known as megabits and with bandwidth per second shown as Mbps. For broadband connections with more bandwidth, Gigabits come into play, with Gbps denoting how many Gigabits per second a connection is delivering or can deliver.

Currently, the average broadband speed in the UK in 54.2Mbps, according to Ofcom's figures, with speeds having jumped by around 20% over the past 14 months. That bandwidth capacity is a boon for people working from home on projects that require the transfer of large files or high-speed access to cloud-based services such as Microsoft Office 365, or require fast and stable connections for video conferencing.

Unfortunately, for those who like the countryside, there is still a digital divide with properties and areas left out of the reach of the government's efforts to roll out superfast broadband across the whole of the UK by 2033. A lack of access to broadband connections with a healthy bandwidth could stymie the success of businesses beyond urban areas as well as limit the services other businesses within cities can target them with.

For businesses, it's important to assess how much bandwidth you will need to perform your daily operations. That not only involves figuring out how many employees will be accessing the network at once but also taking into account the bandwidth requirements for any applications they will be using.

Another thing to consider is the fact that the data has to flow through several connections to reach you, and your connection to your ISP might impact your bandwidth speeds.

It's also important to remember that even if you have plenty of bandwidth available, you will need to reduce the network's latency in order to improve the speed at which data packets move across the network. This is particularly important for applications and services that require high data transfer rates beyond what a normal network connection can provide.

For everyday consumers, depending on your provider, where you live, and what kind of internet service you pay for, you might have a different internet connection. Here are the possibilities:

FTTH (fibre to the home) - This is easily the fastest kind of service and can deliver up to 1Gbps, but it's not been rolled out very widely yet.

FTTC (fibre to the cabinet) - By far the most common connection in the UK, FTTC sees internet service providers (ISPs) link your home to a cabinet on the street with copper wires - much slower than the fibre-optic cables connecting the cabinet to a telephone exchange.

FTTN (fibre to the node) - A node is just further away than a cabinet (miles further, sometimes), potentially slowing your internet connection even more.

FTTP (fibre to the premises) - FTTP is getting a wider rollout around the UK, but is typically designed for office buildings, where high-speed internet is in high demand. The fibre optic cables run right up to your building, supporting higher capacity lines direct to your business infrastructure.

How can I check my internet speeds?

You should conduct a simple ping test to see if you're getting the broadband speeds you were advertised. This checks how quickly it takes your computer to send the smallest possible amount of data over the internet, testing your download, upload and response speeds.

Other than the effect of diluted bandwidth speeds between multiple devices, and copper wire connecting you to the closest cabinet, for a variety of reasons your ISP won't necessarily be able (or willing) to provide you with the speeds it advertises.

In fact, broadband regulator Ofcom rapped the knuckles of ISPs last year for advertising speeds customers rarely received. Misleading 'up to' speeds show the maximum speed a person could enjoy, rather than typical speeds.

Under proposals put forward by the regulator, and currently being reviewed, ISPs would have to guarantee a minimum speed and come clean about what speeds customers can expect at peak times.