However, 1.4 million homes and businesses are still without broadband services 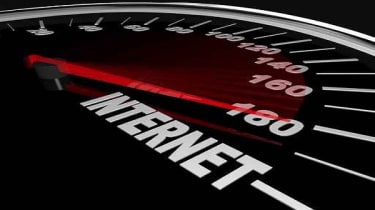 The government has achieved its aim of ensuring superfast broadband - deemed as providing speeds over 24 Mbps -  reaches 95% of the UK.

This means more than 4.5 million homes and businesses in the UK have access to at least double the speeds recommended by Ofcom through the government's BDUK scheme. This, combined with the commercial delivery of superfast broadband coverage, brings the total to 95% of the population.

However, the remaining 5%, which accounts for 1.4 million premises across the country, is still suffering from slow internet speeds - and that's the next challenge the government wants to tackle.

"We've delivered on our commitment to reach 95% of homes and businesses in the UK, but there's still more to do in our work building a Britain that's fit for the future. We're reaching thousands more premises every single week, and the next commitment is to making affordable, reliable, high-speed broadband a legal right to everyone by 2020."

Andrew Ferguson, editor of Think Broadband, isn't convinced delivering broadband to these last people is as easy as the government is making out and it's likely to be more challenging because many of the problems are beyond the government's control.

"The technology itself isn't the problem," he said. "The parts of the UK with slow broadband speeds need more work to roll-out better services. Those areas must, therefore, overcome the obstacles of time limitations and installation costs before superfast broadband is available."

Another issue is that the UK has such a high proportion of renters, it's causing headaches for landlords who are expected to include broadband as part of their tenancy agreement - just as utility bills are often expected to be included in rental prices.

"[This] means many landlords select the cheapest option rather than the fastest and can tie tenants to a provider that doesn't even sell the faster services," he said.

Clive Selley, CEO of Openreach said the company is determined to continue its progress of rolling out superfast services to the remaining properties in the UK, recognising the challenges the UK is experiencing and vowing to fix them before a proportion of the nation is left behind.

"We're determined to get Britain the whole of Britain hooked up to decent broadband speeds. The Government's Universal Service Obligation will make high-speed broadband a legal right and we'll be working with industry, Government, and Ofcom to deliver this," he said.

He added Openreach will continue expanding its network to make sure the remaining blackspots are covered by its partnerships with local authorities.