Testbeds span the length of Britain, from Orkney to the West Country 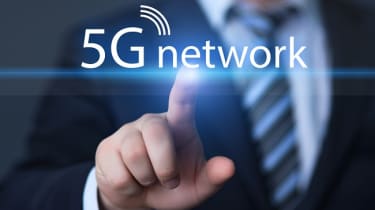 Six new 5G technology trials were announced today by the government, covering everything from IoT-enhanced farming to increased industrial productivity and smart tourism.

The projects are the winners of a 5G Trials and Testbeds competition, part of the UK government's 1 billion Digital Strategy. Each will receive between 2 million and 5 million in government grants to explore possible uses of 5G other than telephony, amounting to 25 million in total.

The projects are all being spearheaded by local SMBs, although many also have support from larger enterprises and university research institutions.

The recipient of the largest grant (5 million) is the West of England Combined Authority's 5G Smart Tourism project. It's focused on delivering augmented and virtual reality (AR/VR) experiences to tourists in a number of key sites in Bath and Bristol, including the Roman Baths and Millenium Square.

Tim Bowles, west of England mayor, said: "The 5G Smart Tourism bid will allow us to trial some exciting technology at our top tourist attractions, whilst looking at wider and longer-term benefits for our region. This new technology holds the key to a more advanced, sustainable and smart future which will revolutionise the way we all live, travel and work."

There are also two projects that focus specifically on rural issues 5G RuralFirst and the 5G Rural Integrated Testbed (5GRIT), which received grants of 4.3 million and 2.1 million respectively.

The former, 5G RuralFirst, is being led by Cisco and the University of Strathclyde, and will seek to deliver a variety of benefits to rural communities in the Orkney Islands, Shropshire and Somerset, including smart farming and the use of IoT in utilities.

Scot Gardner, chief executive of Cisco UK & Ireland, said: "[The project] will not only benefit those communities, but help the entire UK better understand what 5G makes possible, as well as the challenges there are in delivering world-class connectivity to all corners of the nation."

The other - 5GRIT - will focus primarily on agriculture and tourism with testbeds in Cumbria, Northumberland, North Yorkshire, Lincolnshire, Inverness-shire, Perthshire and Monmouthshire.

The Liverpool 5G testbed, which won a grant of 3.5 million, is focused on healthcare and wellbeing particularly of older residents in deprived urban areas. Led by Sensor City, it will see various technologies, including AI, IoT and open source 5G networks deployed in poorer areas of Liverpool.

AutoAir, which has been awarded a grant of 4.1 million, taps into the country's desire to be a driverless car pioneer. Located in Millbrook near Milton Keynes, where some of the UK's driverless car experiments are already taking place, and led by Airspan Networks, it will look at how to accelerate the development of 5G small cells to overcome some of the latency issues that could impede the development of autonomous cars.

Paul Senior, chief strategy officer of Airspan Networks, said: "5G networks will be critical for the validation and operation of [connected autonomous vehicles] and the testbed will be both a showcase and blueprint for mass deployment of 5G along the UK's transport corridors."

The final project is Worcestershire 5G Consortium, which received a grant of 4.8 million. It hopes to use preventative and assisted maintenance using robotics, big data analytics and AR delivered over 5G to increase industrial productivity.

"At a time of increasing global competition for trade and investment, we are confident that we can act as a catalyst for technological innovation in the wider Midlands Engine and nationally."