57 suppliers sign up to supply Gigabit Voucher Scheme to SMBs 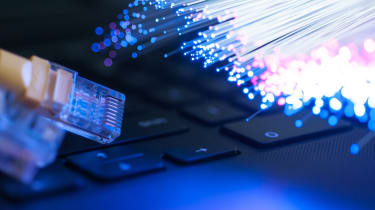 Small businesses in the UK can now apply for gigabit broadband vouchers through 57 registered suppliers to help shave the costs of implementing super-fast fibre connections.

The government's Gigabit Broadband Voucher Scheme was first announced in March after it set aside 67 million to help support the rollout of fibre-to-the-home broadband, on top of the existing 95 million commitment outlined in the Spring Statement.

The initiative was designed to be supplier-led, with the government announcing that companies would need to go through an approval process before they qualify.

To date, 57 companies operating throughout the UK have been registered, and are now taking applications from SMBs hoping to shave up to 3,000 off the price of their fibre installation.

Suppliers include 2 Circles Communications, Beaming, Daisy Communications, Hyperoptic, Stream Networks, as well as bigger operators like Openreach and Virgin Media Business. WarwickNet, which was part of the scheme's early pilot study in Warwickshire and Coventry in November 2017, also operates nationally.

There are also a handful of local suppliers, including Boundless Networks, which operates in the North of England, and TrueSpeed Communications, which covers the South of England and Wales.

The full list of suppliers can be found (and filtered by postcode) here.

Vouchers worth up to 3,000 for SMBs, and 500 for residents, are available directly through these providers. The voucher covers the cost of installation of connections capable of up to 1,000 Mbits/s, which includes any costs associated with the laying of new infrastructure.

The scheme is only open to those businesses that employ fewer than 250 people and have annual turnovers below 50 million, or an annual balance sheet total not exceeding 43 million.

Any businesses that have received more than the permitted de minimis aid (state aid) cap of 200,000 in the past three years are disqualified from the scheme, according to government terms and conditions.

While residents are also encouraged to apply for smaller grants, the process is more restrictive. Applications from homeowners must be made as part of a community effort, which must also include some small businesses.

By applying for a voucher you're also committing to a contract with that provider for a minimum of 12 months, six of which must be fully paid by the applicant, according to the government. If you're a business operating from multiple sites, one voucher can be used to cover the costs of more than one connection up to the maximum 3,000 value.

The scheme places a great deal of trust on suppliers to deliver connections to customers, as the government has said it won't be liable for costs to customers in the event of delays. This should be an important consideration for applicants, as the scheme requires any new connections supported by a voucher to be installed within 12 months, or the grant will be removed.

Providers are also not required to ensure a connection is delivering 1Gbps on day one, only that a line is capable at some point of reaching or exceeding 1Gbps upload or download at the time of installation, without the need for future hardware upgrades.

The rollout is part of a government strategy to have at least 10 million homes and businesses connected with fibre-to-the-home broadband, running cables directly to the door of a building rather than throttling traffic through a roadside cabinet.

The UK government will set aside a further 67 million as part of its commitment to connecting more homes and businesses with full fibre broadband, the Treasury announced today.

The investment, which comes in addition to the 95 million provided to cities as part of the Spring Statement, will appear in the form of the Nationwide Gigabit Broadband Voucher Scheme (GBVS) and be open to small or medium-sized businesses and homes.

Vouchers worth up to 3,000 for businesses and 500 for residents will be available directly from those internet providers that are signed up to the GBVS, intended to cover the costs of setting up new connections or laying new infrastructure for broadband capable of up to 1,000 Mbits/sec.

Following initial trials of the scheme in late 2017, which issued 1,000 vouchers to small businesses in Aberdeenshire, Bristol, Coventry and Warwickshire, and West-Yorkshire, the scheme has now been given the green light to expand nationally.

It's a slightly more reserved reimagining of a similar scheme launched in 2014, which was criticised for being too complicated and opaque. Before efforts were made to simplify the application process, the government had only managed to pay out 7.5 million from a pot of 100 million.

Commenting on today's announcement, chancellor Philip Hammond said it would mean "faster, more reliable broadband access as we build the digital infrastructure we need to make our economy fit for the future".

The government hopes to have fibre connections running to the doors of at least 10 million premises by 2022, whereas currently its thought only 3% of UK homes and businesses have access to superfast broadband.

The voucher scheme is designed to help support the delivery of goals set out by the 190 million Local Full Fibre Networks (LFFN) programme announced in the Spring Statement on Tuesday. Half of that fund has now been released, granting 95 million for the building of broadband infrastructure in Armagh City, Belfast, Blackpool, Cambridgeshire, Cardiff, Coventry, the Highlands, London, Manchester, Mid Sussex, North Yorkshire, Portsmouth, and Wolverhampton.

However, while the voucher scheme is open to residents, they will only be able to apply through a grouped community effort, which must also include some small businesses, according to the government. The scheme also stipulates that the total value of the vouchers given to residents mustn't exceed those given to businesses and that it may not be enough to cover the full installation costs of gigabit connections.

In other words, provided that the scheme is able to connect businesses alongside residents, and that businesses are the biggest beneficiary, homeowners are able to sign up.

This is the latest in a string of recent government efforts to modernise internet infrastructure in the UK, both for the development of full fibre connections and to pave the way for 5G technology.

The government announced on Monday the winners of a 5G competition that saw six projects receive 2 million and 5 million in funding to explore potential use cases of 5G. A total of 25 million has been set aside for the trials, supporting projects targeting rural areas, tourism, transportation, healthcare, and agriculture.