Should you make the jump to gigabit internet?

What does the latest in broadband technology offer your business? 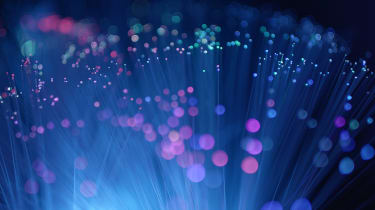 Super-fast internet is so 2017. Although the government still has to reach its target of equipping the entire nation with speeds of up to 300Mbps, some companies are already working on the next stage - hyper-speed internet, or more commonly known as gigabit internet.

As the name suggests, it offers faster speeds, but also often lower costs than standard super-fast broadband and more flexibility for businesses handling large files. But should you just jump right in two feet first or make a more considered decision before signing up to one of the growing number of gigabit ISPs out there?

What is gigabit internet?

Gigabit internet delivers internet at speeds up to 1Gbps. That's more than three times as fast as what's currently available on top-level fibre plans through fibre providers such as Virgin Media.

Gigabit broadband is served via Fibre-to-the-Premises (FTTP), which, as the name suggests, means a fibre connection is channelled right into your home or business, losing the latency often experienced with copper cables taking the connection to your home.

The majority of mainstream ISPs (TalkTalk, BT, Plusnet) offer Fibre-to-the-Cabinet (FTTC) connections, meaning fibre is only channelled from the exchange to the cabinet, with web traffic funnelled down copper cables to your home.

The UK lags behind in FTTP infrastructure compared to the majority of Europe. According to Ofcom's International Communications Market Report, only 3% of buildings are using FTTP internet, despite the UK performing well in the "speeds up to 300Mbps" category.

However, Openreach has committed to connecting up to three million properties by the end of 2020. This will vastly improve the chances your business will be able to take advantage of faster internet in the near-ish future.

In order for UK innovation to remain competitive, particularly in a post-Brexit era, it's important to ensure the government continues to "invest in and create these kind of supportive, technology-friendly collaboration environments for our SMEs," argues Warren Tucker, digital and technology transformation consulting leader at PwC.

"By the very nature of technology-led innovation, we don't yet know the limits of what could be possible in the future," he adds. "But to maximise the potential power of tech innovation that the UK holds, we need to make sure businesses have cost-effective access to ultrafast gigabit internet and the emerging technologies that demand high-bandwidth, low-latency and high-quality performance."

What benefits does gigabit internet have for business?

Gigabit broadband's primary advantage is that it can allow business to share large files such as video and images much faster than is currently available with other, superfast and standard broadband packages.

It also means the connections can be shared with more people, with a whole lot less latency. For example, if you work in a business with 100 employees and they're all sharing content with each other, storing files on cloud-based storage platforms and firing off documents to clients, gigabit internet is a great idea.

While the benefits of the technology are already being felt in large-scale global enterprises, there are still a range of emerging advantages for smaller companies. For example, virtual reality is particularly exciting," says Tucker. "It will unlock new immersive and transformative experiences in retail, media, healthcare and design/construction industries to name a few."

Until now, VR and similar technologies requiring high-quality video or massive bandwidths have been stunted by a lack of supporting infrastructure, according to Tucker, and demand for access to such technologies is increasing.

Gigabit technology is also allowing businesses in remote communities to compete on a technologically level playing field with those companies based in major cities who may already have full fibre connectivity.

The main problem for those looking to make the switch to gigabit internet is that it's only offered in a select number of areas, by a limited number of companies.

None of them have the same reach as BT, Sky or Virgin Media's standard super-fast (up to 300Mbps), for example, so it's still very much a case of searching for a company that either already has the infrastructure set up in your locality or is willing to install it in your area.

The government is trying to fix this issue, by encouraging businesses to build their reach and ISPs themselves are coming up with innovative ways to fix the problem, such as urging residents in remote areas to volunteer and build their own fibre network.

Vodafone and Cityfibre are also putting the effort in to expand their network together and by 2021, they hope to have 1 million properties hooked up, doubling this to 2 million by 2025.

"Small businesses are the backbone of the British economy and now they can turbo-charge their connectivity with gigabit speeds," DCMS Secretary of State, Matt Hancock said as part of the announcement. "By building a full fibre future for Britain we are laying the foundations for a digital infrastructure capable of delivering today what the next generation will need tomorrow."

There are a growing number of companies offering gigabit internet at the moment, including Hyperoptic (which is currently operating 10Gbps internet trials), Gigaclear, B4RN, GTC, M24Seven, CityFibre as well as BT.

Hyperoptic provides a full-fibre network in 30 cities across the UK, and is available to 400,000 homes, while Gigaclear is available in some parts of Oxfordshire, Northamptonshire, North Yorkshire, Kent and Wrexham in Wales.

The government has recently announced that its Gigabit Voucher Scheme, initially trialled in select areas throughout the UK, would be given the green light to expand nationally. IT Pro reported earlier this month that a total of 57 companies had now been registered as official suppliers for the scheme.

The scheme offers vouchers worth up to 3,000 to get gigabit up and running in homes and businesses. However, this will still be limited by companies offering the service in the locality and although the government is helping providers shout about their services, it's still down to them to decide where they want to set up their networks.

How much does gigabit internet cost?

Like any broadband plan, pricing varies according to provider. For example, Hyperoptic's 1Gbps plan costs 300 per month (inc VAT), while Gigaclear will set you back 477.60 (inc. VAT) on a business plan, although that's to serve the entire building.

For residential services, you can expect to pay 40 a month on Hyperoptic for the first year, then jumping up to 63 a month, while Gigaclear will cost 76.60 a month.

Prices are, unsurprisingly, relatively dear compared to standard internet packages, and will represent a significant cost bump to businesses looking to make the move. The problem with this is that while larger organisations can take this hit, concerns remain that it will be some time before smaller players are able to afford to move to the technology.

PwC's Tucker argues that it's within SMBs and tech startups that the majority of the UK's tech innovation resides.

"Small and medium businesses and future tech start-ups represent a huge potential source of technology-led innovation and growth for the UK digital economy," says Tucker. "The challenge is to make sure that high-speed gigabit connections that enable such future innovation are accessible at price points suitable for these smaller enterprises."

Considerations before making the jump to gigabit

Gigabit internet is better delivered through wired connections rather than Wi-Fi, so if your business is usually a wire-free environment, you may want to think about dusting off those ethernet cables and installing connection points to ensure you make the most of hyper-fast speeds.

It's also essential that you make sure the rest of your computer equipment supports gigabit speeds, including your router and computers, printers, storage - essentially anything that runs on the network.

You'll also need a pretty powerful SSD to be able to process a full 1Gbps connection, so be prepared to upgrade if you really want to see a difference in broadband speeds.