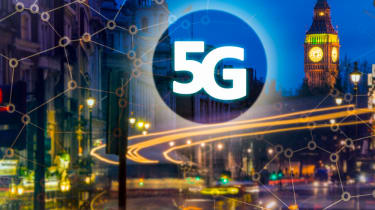 The UK government today set out new proposals for forging full fibre broadband across the country as it looks to build the infrastructure for 5G.

Currently, only 4% of the UK has full fibre connections, compared to Spain's 71% and Portugal's 89%. However, the government is aiming to replace copper wire networks with a full fibre infrastructure, which it says is vital to underpin 5G coverage.

"We want everyone in the UK to benefit from world-class connectivity no matter where they live, work or travel," said digital secretary Jeremy Wright.

"This radical new blueprint for the future of telecommunications in this country will increase competition and investment in full fibre broadband, create more commercial opportunities and make it easier and cheaper to roll out the infrastructure for 5G."

However, with 5G predicted to appear around 2020, the UK's infrastructure may not be up to scratch until years later under the proposals.

While the international race to 5G is underway, earlier in the month broadband comparison website Cable published an annual league table revealing the UK has the 35th fastest broadband in the world, having slipped four places since 2017.

The UK had average speeds of 18.57Mbps, which means it would take around 36 minutes to download a 5GB movie, putting the country below the majority of states in the EU and even Madagascar, which has been named by the UN as one of the least developed nations in the world.