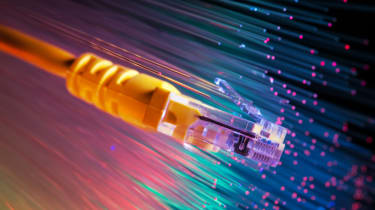 UK telecoms regulator Ofcom has launched a new code of practice as part of a campaign to make signing up to broadband services fairer for consumers.

Customers that now wish to switch to a new broadband provider or change their existing package will be able to do so with the knowledge that they will be guaranteed a minimum connections speed by internet service providers (ISPs), before they sign a contract.

If an ISP fails to deliver that minimum speed, or they are unable to address slow speeds within a month of being notified, then customers can now break any contract they are under and leave the service without suffering a penalty charge. We first reported on this proposal last year, which has only now been officially enforced.

"If your speed then drops below the promised level, the firm will have one month to improve performance, before allowing you to walk away without being penalised. You will also have the same right to exit any landline and TV packages you bought at the same time as your broadband service," Ofcom explained.

"Broadband firms must also be upfront about what speeds you will receive during the peak times of 8.00pm to 10.00pm for homes and 12.00pm to 2.00pm for businesses, because broadband is typically not as fast during these busiest times of the day."

Created some 12 months ago, the new code of practice was only put into force on 1 March 2019, as Ofcom gave ISPs a year to prepare for the changes and ensure their customer service systems were adjusted to meet the requirements of the new rules.

All the major broadband providers - BT, EE, Plusnet, Sky, TalkTalk and Virgin Media - have signed up to the new code of practice, so the majority of broadband customers in the UK should be protected by Ofcom's new rules.

With remote working becoming more prevalent in modern enterprises, a solid and reliable internet connection is pretty much essential. As such, the new code of practice is likely to benefit businesses as a whole as well as ensure customers get a fairer deal from ISPs.