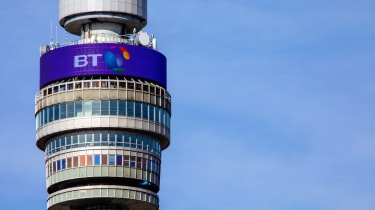 BT has said it will cost the government up to 30 billion and require an additional 30,000 workers to deliver its pledge of having nationwide coverage of full-fibre broadband by 2025.

The comments came as BT, which is the UK's largest provider of broadband infrastructure, reported a lower than expected 1% fall in first-quarter revenue, adding that the company was ready to play its part in delivering the full fibre rollout.

"On network investment, we welcome the government's ambition for full-fibre broadband across the country and we are confident we will see further steps to stimulate investment," said BT chief executive Philip Jansen, as reported by Reuters.

"We are ready to play our part to accelerate the pace of roll-out, in a manner that will benefit both the country and our shareholders, and we are engaging with the government and Ofcom on this."

A nationwide rollout of full-fibre broadband was a key pledge of Boris Johnson's campaign to become Prime Minister, having previously said that the government's old target of 2033 was "laughably unambitious".

This would allow for each household and business to receive speeds of over 1 gigabit per second, connected straight to the door rather than through cheaper copper cables.

However, Johnson's plans have been widely criticised for being unachievable and lacking in detail, given that full-fibre coverage is currently at around 8%. The government has also yet to detail how such an ambitious rollout would be funded.BT's figure of 30 billion is, in fact, lower than figures released by the previous government in June 2018. In that report, it was suggested that delivering 90% coverage by 2033 would cost approximately 33 billion, although the bulk of that (90%) would be paid for by private investment and infrastructure providers.

For its part, BT has long pledged to connect up to four million premises with full-fibre by 2021, expanding to 15 million by the mid-2020s. In order to deliver the government's pledge, BT would first need to secure an agreement with Ofcom to guarantee a reliable return on its investment, given that it would need to double its planned expansion to around 32 million premises within the same time period.

Ofcom has also committed to providing six million premises with fibre by 2020, but this would only increase overall coverage to 20%.

Given the potential for BT to be a key player in the government's plans, it's no surprise then that the company is in full support of the pledge.

"It is a national mission now," said Jansen. "We need the government and Ofcom to take quick and decisive action to make this happen."

The UK has consistently ranked as one of the slowest regions in the EU for broadband connections, and is considered to be 35th in the list of global broadband speeds.