Why did the government’s 2025 full-fibre dream fail?

Just months after it was first pledged, the PM's plan to "unleash full-fibre” across the country has all but disappeared. What went wrong? 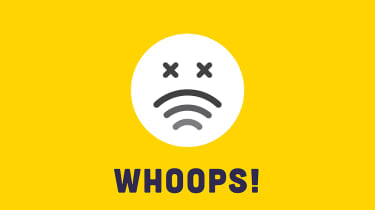 Along with a plethora of other highly ambitious plans unveiled since becoming prime minister, Boris Johnson has been clear about his desire to achieve 100% rollout of fibre-optic broadband across the UK over the coming decade.

In June, he pledged to "unleash full fibre for all by 2025" after calling the previous government's 2033 pledge "laughably ambitious". But alarms were sounded over the plan almost immediately, with BT claiming that it could cost up to 30 billion and require the support of 30,000 workers.

It was perhaps predictable, then, that when the Queen's Speech came in October, a pledge to roll out "gigabit-capable" broadband was in there, but with no end-date.

The plan to roll out full-fibre broadband to every household over the next decade were met with almost immediate skepticism and some questioned whether it's actually possible. Technology analyst Paolo Pescatore says: "It's good to aim high with an ambitious target but this might be a stretch. In reality, there are too many hurdles to overcome."

When it comes to undertaking this task, the government would face a range of practical challenges that could easily scupper and "ambitious" rollout targets. "Gaining approval from local councils and closing streets for weeks to dig up the roads will cause major disruption. Everyone in the UK should go on holiday for the year and come back to a fully connected fibre Britain," Pescatore says.

However, he is encouraged by the development and introduction of next-generation mobile networks, which he believes could aid the rollout of fibre across the country. He says: "The rollout of 5G will help accelerate fibre broadband. There is a fibre frenzy right on the UK with the altnets driving Openreach and Virgin Media to connect more towns and cities."

Daniel Heery, operations director of co-innovation consortium 5GRIT, agrees that meeting the 2025 goal would have been a difficult task. "First, there's a national shortage of skilled workers capable of building full fibre by 2025," he says.

"Secondly, the cost of accelerating the build-out to meet the deadline [would have been] far higher than what will have been initially allocated. And finally, the need for a national accelerated roll-out plays to the advantages of Openreach, which means the government [would] likely have no choice but to work with one monopoly supplier."

Heery says this would lead to a restrictive, expensive and likely patchy delivery. But he, too, thinks 5G could help the government. "As seen in recent trials, 5G can provide gigabit speeds to villages that have a fibre backhaul. Utilising millimetre wave radio, alongside existing TV whitespace, can provide 5G connectivity without the need for expensive installations."

While the successive governments have promised to deliver superfast fibre broadband to every home in the UK, are they ever really thinking long-term? Evan Dixon, managing director at satellite provider Viasat Europe, says: "The initial target was 24Mbps to every property, although the Universal Service Obligation has seen this ambition trimmed back to just 10Mbps. However, with broadband demands and expectations accelerating, this will not always be enough.

"As technology progresses and regions in the UK gain access to newer services and quicker broadband speeds, it will be the communities with the minimum speed that find themselves on the wrong side of the broadband divide."

Dixon takes the view that companies and individuals affected by slower speeds will relocate to areas of the country that can better support their expectations. "To avoid this, the Government needs to constantly review and update the USO using advances in technology to keep raising the minimum in line with expectations and needs, ensuring no part of the UK is left on the wrong side of the broadband divide," he says.

"Everyone can agree that it's an essential ambition to deliver full connectivity, but promises will not be enough to make it happen. The government needs to avoid a narrow approach to solving this goal and instead reach out to and involve as many different voices as possible."

A range of challenges

The 2025 target was also met with criticism from industry bodies and internet service providers, which identified a range of obstacles that could affect rollout.

Karl Foster, legal director at law firm Blake Morgan, says: "In a recent letter to government in a response to Boris Johnson's announcement, the industry (in the form of the Internet Services Providers Association, Federation of Communication Services and Independent Networks Co-operative Association who together represent the major players in the industry such as BT, Openreach, Sky, Virgin Media, Hyperoptic, etc) identified a number of challenges to the proposed timescale."

He explains that access to premises is a major practical difficulty for providers "firstly, in obtaining consent and physical access from property owners, and also obtaining consent to implement the infrastructure, whether it's digging trenches in roads, attaching wires to telegraph poles via Wayleave Agreements".

Taxes could also affect the government's timescale. "Business rates have been applied to infrastructure, disincentivising investment," says Foster. "It is noted however that Scotland offers 100% relief and the Telecommunications Infrastructure (Relief from Non-Domestic Rates) Act 2018 provided for similar relief in England and Wales."

Other challenges include building and skills. Foster continues: "While the government has consulted on whether new builds should incorporate gigabit connections, the outcome has not yet been published meaning new builds continue to be built without this sort of connectivity, although Thinkbroadband do estimate that 77.85% of homes constructed in 2019 have access to full-fibre broadband.

"Several players in the industry, such as Gigaclear and Openreach have indicated concerns over the number of skilled engineers available to providers, particularly given the uncertainty over immigration status for European citizens over Brexit."

Many people will no doubt be glad to see the government accelerating the rollout of next-generation broadband across the country. But it's clear that achieving 100% coverage within such a short time frame was never going to be an easy or practical undertaking.