ITU lays out its minimum expectations for 5G 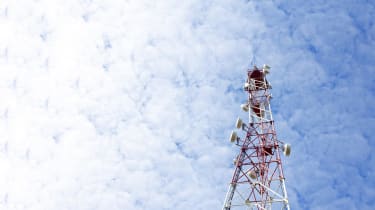 The draft spec for 5G has been revealed, and the next-gen version of mobile data will offer download capacity of at least 20GB/sec for each cell.

That's according to a draft document from the International Telecommunication Union (ITU), with the final specification set to be decided by November.

The expected minimum peak data rate for downloads is 20GB/sec, with uplink peak data rate of 10GB/sec. That's not what a single user would receive, of course, but the capacity of a single 5G cell.

5G users can expect downloads of 100MB/sec and uploads of 50MB/sec.

Other key features of the 5G specs include a maximum latency of 4ms, a fifth of current standards.

The ITU document also notes a minimum connection density of a whopping one million devices per square kilometre and for base stations to work at speeds of up to 500km/h - meaning it will work on high-speed trains, the document notes.

10/02/2017: Ofcom has revealed its roadmap for 5G, laying out which bands will be used to offer next-gen mobile services.

The watchdog set out its plans in a report, Update on 5G Spectrum in UK, saying it would open a consultation on the roadmap later this year, ahead of commercial products arriving by 2020.

Ofcom said 3.4-3.8GHz would be the primary band for 5G, with space in the 700MHz range for low-bandwidth uses and 24.25-27.5GHz set aside for "innovative new services". Ofcom said it would still consider adding additional bands if necessary.

Licenses for the 700MHz range will be awarded next year or in 2019, while a date for the primary band won't be set until after the consultation. Spectrum at lower frequencies are ideal for boosting coverage, while very high frequencies (such as above 24GHz) offer large bandwidths, high capacity and low latency, but have small coverage.

"It is likely that build-out of 5G networks in millimetre wave bands will be focused on areas of high traffic demand, or to specific locations or premises requiring services with very high capacity," Ofcom explained, adding it expects 26GHz ranges to be used for global harmonisation.

Ofcom said it expected 5G to be used for faster mobile broadband, Internet of Things or machine-to-machine networks, and low-latency communications. "There will no doubt be potential for many other services and applications that at this stage we simply can't imagine."