Windows Phone apps to be killed off

Microsoft drops support for Teams, Yammer, and Skype for Business apps as of next month 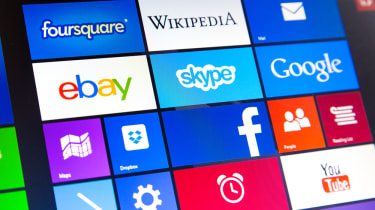 The long drawn out death of Windows Phones continues as Microsoft announced that it is dropping support for apps for Teams, Skype for business and Yammer in May.

Users have just under a month to find an alternative before the apps will only be usable in a web browser or by switching platforms.

In a support note, Microsoft announced that the three apps will no longer be available after 20 May as they are not focused on building new features for the system.

"Effective May 20, 2018, the Windows Phone apps for Skype for Business, Microsoft Teams, and Yammer will be retired. Starting on that date, these apps will no longer be available for download from Microsoft Store, and Microsoft will no longer support them.

"While Microsoft continues to support Windows 10 Mobile, we are not focused on building new features for the system. We will continue to invest in the Skype for Business, Microsoft Teams, and Yammer mobile apps for iOS and Android, and also in desktop apps for Windows and Mac."

Users of Skype for Business and Yammer may find they continue to work, but the apps will no longer receive updates or support meaning they will eventually be killed off.

As for Microsoft Teams, users will find their app will be gone completely and will receive an error message when they try to connect.

The advice from Microsoft on where to go from here is to go get the equivalent app for iOS, Android, Windows or macOS and Yammer users have the option of a browser-based service, too.

The announcement came quietly late last week and looks to have all but finished Windows 10 mobile now that Microsoft has dropped support of three of its biggest apps.