I miss the good old days of email... there, I said it 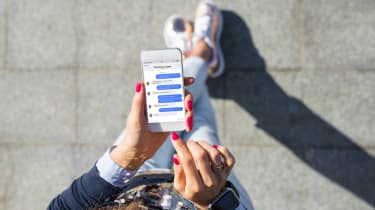 The death of email is frequently heralded, and it's no surprise why people hate their inboxes overflowing with work, spam and annoying forwards from relatives. But I'm starting to lament the shift from email to instant messaging.

Don't get me wrong: my inbox is also congested with utter garbage. I have, at time of writing, 5,554 unread messages in the Gmail account that hoovers up both my work and personal emails, making it impossible to reach inbox zero without starting a new account.

It wouldn't be the first time I've ditched an email account, leaving it sitting unmonitored but active on a server for years. I was recently sifting through emails in an older account, set up in my university days back in Canada; it's so retro it's an original Hotmail address. While looking for whatever it was that had driven me to this digital archiving task, I stumbled across several long-forgotten email threads and conversations, in particular from the era immediately after I moved to the UK from Canada 15 years ago.

Reading random emails at such a distance is like archaeology. That old Hotmail account holds emails from friends who didn't make the transition to Facebook, university peers I never kept in touch with and my long-dead grandmother. I cherish the physical letters and cards she sent - not least as she worked many years as a secretary, and her handwriting is delightful - but she's somehow funnier and more relaxed in the emails she sent from my grandfather's account; I'm not sure she ever had her own.

And it's not only her I miss. My friends emailed meandering letters that rambled like the multi-hour conversations we had late into the night at university, while my sisters wrote funny, acerbic descriptions of family fights, letting me know what I was and wasn't missing about home.

Now, our conversations are short check-ins over WhatsApp - what did you do today, how are the kids, what happened with that thing we were talking about? - sprinkled with GIFs and emoji, rather than thought-out paragraphs. I know what they're up to, but little more.

Some of the change is surely down to busier lives, but I think there's more to it than that. My theory on the shift is twofold. First, 15 years ago when these messages were sent, the web still felt novel. Rather than having an always-connected device in our pockets, checking email involved sitting down at a desk and focusing on our messages. It was something we made time for. Second, WhatsApp et al simply aren't designed for pre-meditated paragraphs. Imagine how long that "is typing" notification would be on-screen as you tapped out a few hundred words on a virtual smartphone keyboard.

Pundits have long pondered the impact on how we think as our communications change, as blog posts give way to Twitter and letters lose out to messaging. Such change isn't new, and similar arguments were surely made as sound bites made their ascent with broadcast television. It's basic McLuhanism that the "medium is the message", a communications theory I learned at university when my now-mothballed Hotmail account was my email of choice.

The instant messaging takeover isn't quite complete yet. The past few years have seen a fightback in the form of niche newsletters, where social media personalities with a solid follower list share their thoughts deemed too in-depth for a tweet. While I can hardly send my family a link to MailChimp or TinyLetter and ask them to register, there's something about that model that appeals, taking the best of both worlds, long and short. I want to keep the quick, short bursts of conversation that WhatsApp offers, but also get the odd longform, thoughtful email.

How to encourage that is beyond me. The answer is probably to start sending emails to my friends and family in the hope they reply in kind. Or perhaps I'll forward a link to this column to all my WhatsApp groups, and hope they take the hint.