Train operator hasn't yet revealed the cause of the problem 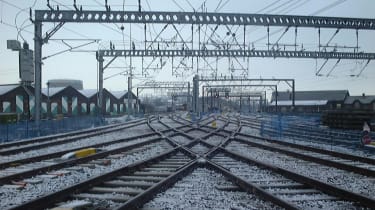 Great Western Railway's (GWR's) website and app were down for much of yesterday, with the company saying it's investigating the problems.

The company was forced to respond to a deluge of angry messages on Twitter from disgruntled customers.

One train user wrote: "@GWRHelp cannot book tickets online or on app. When will this be fixed? Travelling tomorrow so do not want to pay higher costs of booking on day of travel. Help!"

The company responded shortly after saying the site was back up and running but quickly had to correct itself when it seemed the site and app were only working for some. "Yes this appears to be working for some, but not for all. Apologies. Natalie," the company tweeted yesterday evening.

Earlier in the day, the company said it was doing everything in its power to fix the problems, not explaining what had caused the "technical problems" and admitting "we don't have an estimate on a fix I'm afraid".

"The problems that customers are experiencing with GWR's website and app underline the challenges that today's organisations face in keeping digital services running and performing," Dave Anderson, digital performance expert at Dynatrace, said.

"We don't know for certain the cause of today's outage, but more often than not these problems are caused by some sort of application or platform update. The immense complexities of the hybrid, multi-cloud environments where modern applications live means that one small change to the booking engine of GWR's online ticket sales could have had any number of unexpected impacts on the performance of the entire service, leading to the type of problems that we've seen today."

He stressed the importance of testing system updates as one way to avoid a buggy upgrade creating issues. While GWR's site appears to be back up and running this morning for some, that isn't the case for all, with further issues reported this morning.

GWR's Twitter spokesperson said: "I don't have a timescale on the issue being resolved, but we will have all systems working again as quickly as we can. Sorry for the inconvenience this causes."

Customers aren't having as bad a time of it as TSB customers, with the bank's online outage extending into a second week, and the CEO set to face Parliament's wrath.

However, it's not the first issue GWR has experienced this month, revealing earlier in April that 1,000 passenger records were exposed to hackers following a data breach, forcing it to reset a million customer account logins as a safety measure.

The company said payment and bank information had been protected by encryption, so hackers would not have been able to use them.