The Benefits of Business Intelligence

A well implemented business intelligence strategy can deliver real insight for your company. 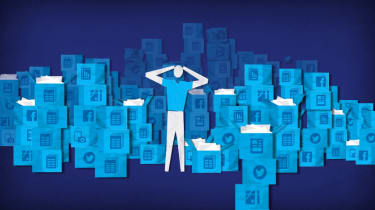 It wasn't that long ago that mentioning the phrase business intelligence to the average business user would have led to much head-scratching.

Those were the days when BI was what could be gleaned from the inner workings of an Excel spreadsheet: if you were the company expert in manipulating the rows and columns contained in those workbooks, you were the go-to guy for anything to do with business intelligence.

It's important, however, to understand what was meant by business intelligence this was about assessing and analysing historic results, tapping into performance data to gain insight into how your company was performing. But most modern-day businesses want BI to go one stage further than that; it's about using that historical data to make accurate predictions about where the business is going this can then be used to improve an organisation's service. A bus company, for example, can examine detailed journey times, find out where the pinch points are and either adjust timetables or look at route options.

The term Big Data should strictly be used for examining unstructured data, the likes of social media comment. It's a tough area to assess accurately, which is why there is so much confusion surrounding it however that's not stopping companies going down the Big Data route. According to research from Gartner, 64 per cent of organisations are looking to invest in Big Data this year, up from 58 per cent, a near 10 per cent increase.

These figures suggest one thing: whether we're talking about business intelligence, Big Data or analytics, the result is the same: there's a growing realisation that the data an organisation is sitting on has considerable value. And, of course, in an industry in love with jargon, a new term has been coined to describe the practice of assigning business value to data: infonomics. It's a field that's ripe for study, even in its nascent stages, as more companies look to do more with the information they have.

The question is how to access that data and how to quantify it: there are several different initiatives and approaches that one could take these range from dedicated software products to dedicated hardware. There is also the open source platform Hadoop, which has become almost synonymous with Big Data

Microsoft has taken a different approach. It has built business intelligence into an existing range of products and used them to build a big picture.  This is not a new approach for the company: in many respects it mirrors what happened with cloud and its development of the Cloud OS, where the company brought together products like Azure, Hyper-V, System Center and many others to provide a comprehensive platform for cloud services.

Microsoft adopted this multi-disciplinary approach when it came to tackling a new subject like cloud, so it makes sense to use it for data insights too. It's an approach that was initiated by CEO Steve Ballmer, and now lies at the heart of the so-called One Microsoft concept an idea that makes perfect sense in an age of cloud and a services-driven culture, where there's less importance attached to individual products and siloed applications.

So, when it comes to gathering information, it's possible to use a range of Microsoft products: the aforementioned Excel is still an obvious solution to turn to but there are other options too. SQL Server will provide a wide variety of structured information, SharePoint can be used as a collaborative tool allowing the sharing of graphs and spreadsheets; SQL Server is a valuable provider of tools for detailed analysis of data.

It's a growing area of interest for Microsoft: Service Pack 1 introduced a range of new analysis tools to SQL Server and the company recently announced a set of new add-ons for Excel, all building on the Power BI concept, allowing non-technical users the ability to gather insights from the accumulated data.

Of course there is plenty of data out there but it's not always in a form that is accessible - at least not in the way it is widely presented. Business leaders don't want to analyse data, they just want the insight that's hidden inside that data so they can make the right decisions. Consequently half the challenge for companies like Microsoft is to present the data in forms where it's accessible to business users: data visualisation is becoming an appreciated talent within the workspace.

In this case, the tools are irrelevant; businesses will use the best products to gather the most accurate data and draw the most meaningful conclusions. It's an example of how the world of business is changing and the how the IT world is supporting that change: there are still many challenges ahead some of which will be addressed in other articles in this series but the switched-on business is now fully aware that it is sitting on an information goldmine, a seam that can be gainfully mined for years to come.