What can you expect to learn at one of Microsoft's Business Intelligence eXperience Workshops? Max Cooter finds out. 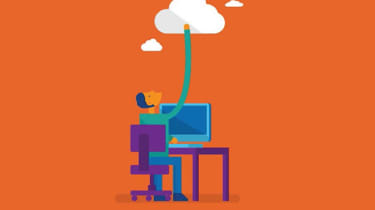 I wasn't quite sure what to expect when I attended the Microsoft Business Intelligence eXperience Workshop. Was it going to be full of earnest developers and hardcore database professionals, talking about the intricacies of SQL? Or was it going to be packed with ferociously clever business analysts, slicing data here and dicing data there, looking to maximise profit yield per employee per month, all without taking their eyes off the screen?

There was an underlying unease that I'd feel totally lost (and I'm someone who started his business career as a statistician, slicing and dicing data to maximise profit yield) once the hard work began the term workshop' was rather frightening.

Business Intelligence is a strange beast anyway. It's a coming together of IT and business analytics (a theme that was touched on several times in the course of the morning) and any presenter who has to tackle the subject runs the risk of failing to satisfy both sides.

It wasn't something that happened: the attendees were pretty much all from the technical side of the divide, with expertise in Microsoft SQL Server and Microsoft SharePoint, but they were all acutely aware of the need to present information accurately and concisely to their business executives.

The first pleasant surprise was that all the attendees were given their own dedicated PCs to work with on the day. There was no death by PowerPoint' at all. Everyone in the workshop was able to try out the examples and see for him or herself what the examples were illustrating.

The second pleasant surprise was the presenter, Steve Lynn from Birmingham-based Microsoft partner, Ridgian. Considering he was dealing with some complex subjects, and presenting to an audience of varied experience, he pitched the content just about right. Naturally some people were quicker on the uptake than others, but that was to be expected, however, no-one was left behind or sitting there thumb-twiddling while waiting for others to catch up.

The scenarios used were extremely realistic so much so that one mirrored a problem that an attendee was currently trying to solve and they were chosen to reveal a wide range of software capabilities.

The focus was on the Power BI range specifically exploring all the things that could be achieved when utilising Excel and SharePoint. There's a huge amount of power locked away in Excel that many users aren't even aware of, so digging deep into one of the pillars of Microsoft Office was a key objective of the day.

Some attendees were fully aware of what PowerView and PowerPivot can do, while some were seeing them for the first time. Steve handled both groups with ease.

What was really impressive was that most of the attendees had questions about their own implementations and problems that cropped up in their everyday working lives. At some courses I've been on, these are often hard to answer and frequently ignored. Steve (and his colleagues from Ridgian) attempted to answer all of them, demonstrating vast knowledge and a willingness to help.

The students learned how to extract customer information for a fictional mobile telecoms company. They looked at pulling average revenue per customer and examined geographical differences.

The examples chosen comprised of a small set of variables (models, tariffs, geography), but any number of variables could be built into the equation. Age or social demographic would make interesting options. The latter is something that could be extracted from a postcode and offer the opportunity to demonstrate the features of PowerMap.

The scenarios, however, did provide opportunities to use many of the Power BI products and with individual machines the attendees had plenty of chances to play with the software in the way they wanted.

Licensing and other cloud issues weren't touched on in the session, Steve says that in a half-day, there's no time to go into that much detail but the full day session explores cloud in greater depth.

There's also not much on security, another thorny issue when handling so much sensitive data; again, there's more opportunity to go into detail in a full day session. If the session had been longer, there also would have been a chance to examine mobile usage more thoroughly an area that's becoming more and more important from a business intelligence perspective.

But these are really just quibbles. The half-day session at Microsoft's offices in Cardinal Place managed to cover an amazing amount of ground in impressive detail. I spoke to roughly half the attendees afterwards and they were full of praise for the range of content covered and the expertise of the speaker: the only real regret being that they would have liked even more time to explore what Microsoft's Power BI tools can do.

Microsoft is running a number of longer events across the country over the coming months, so anyone looking to learn more about how the company handles business intelligence, and how those tools can be applied to their own company should consider attending.