Stephen Hawking: AI could be either the best or the worst thing ever 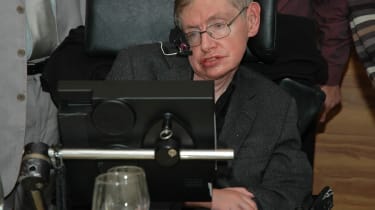 Stephen Hawking believes the creation of advanced AI will either be "the best or the worst thing, ever to happen to humanity".

Speaking at the opening of the Leverhulme Centre for the Future of Intelligence (LCFI), the 74-year-old scientist admitted that "the potential benefits of creating intelligence are huge", and he particularly mentioned the positive effects AI could have on disease, poverty and the environment.

He said: "Every aspect of our lives will be transformed. In short, success in creating AI could be the biggest event in the history of our civilisation."

However, he also highlighted his concerns as to how we cannot predict the consequences if having "our own minds amplified by AI".

The LCFI was opened with the aim of investigating some of the questions and possible future issues surrounding artificial intelligence, formed by the universities of Oxford, Cambridge, Imperial and Berkeley.

Hawking praised the new establishment, saying that research about the future of AI is "crucial to the future of our civilisation and our species".

He added: "We spend a great deal of time studying history, which, let's face it, is mostly the history of stupidity. So it's a welcome change that people are studying instead the future of intelligence."

Among others who spoke at the event are Huw Price, academic director of the centre and one of AI's milestone developers, Margaret Boden.

Boden said: "AI is hugely exciting but it has limitations, which present grave dangers given uncritical use."

Hawking and Boden are not the only scientists who raised some concerns about the possible risks of future AI development. Elon Musk and Bill Gates are just two among other examples of men within the field of technology that believe the consequences should be further investigated.