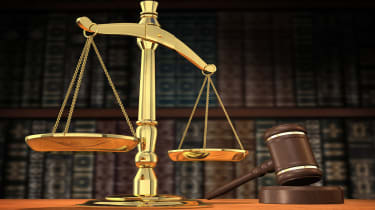 University researchers have developed an AI algorithm that predicted the verdict of European Court of Human Rights cases with 79% accuracy.

This AI used machine learning tools to reach a conclusion as to what the verdicts of the human rights cases it was presented with would be.

The researchers, from University College London (UCL), University of Sheffield and University of Pennsylvania, collaborated on this project, using their skills and expertise to develop an AI that can analyse case text through a machine learning algorithm.

It searched for patterns in 584 cases relating to three specific fundamental human rights articles, looking for potential violations of article three (involving torture or demeaning treatment), article six (the right to a fair trial), and article eight (the right to respect for private life).

Dr Nikolaos Aletras, who led the study at UCL, told the BBC: "There is a lot of hype about AI but we don't see it replacing judges or lawyers any time soon. What we do think is they'd find it useful for rapidly identifying patterns in cases that lead to certain outcomes."

The algorithm appeared to make most of its mistakes when two cases were very similar but only one was a violation of human rights. This could mean its algorithm found it harder to detect subtle differences in the law.

Some law firms, such as Baker & Hostetler, are already using AI tools to analyse large amounts of legal data.

However, some of these AIs might still come with limitations. Matt Jones, analyst at Tessella, told the BBC that "an AI can make a good guess but without direct appreciation of the wider context outside of its training data and experience, that guess may be widely off the mark, and in a legal situation that may be dangerous for the case".

Although many of these technologies might still need improvement, Dr Aletras believes that in future the AI his team developed could even help spot cases that are potentially violating the European Convention on Human Rights, hence tackling flaws in the judiciary system.

AI is just clever marketing, and I’m not buying

AI can play poker, but I’m neither shaken nor stirred