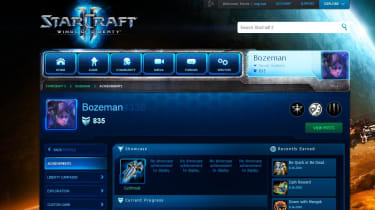 The StarCraft saga is often considered one of the best video games of all times, particularly in terms of 1v1 competitive video games. Professional players have been competing in its original version at a high level since the late 1990s.

DeepMind is a division of Google that wishes to "push the boundaries of AI" using machine learning and algorithms that help machines solve complicated problems autonomously.

Starcraft will bring tests for Google's AI to a whole new level, after DeepMind taught already taught it to compete in games such as Go and Chess, and win over other AIs and human champions recognised worldwide.

In a blog post about the new collaboration with Blizzard Entertainment, Oriol Vinyals, research scientist at DeepMind, on the AI division's website, wrote: "Over the past five years we've helped to pioneer the use of games as AI research environments to drive our machine learning and reinforcement learning research forwards, from 2D games in Atari, to full 3D environments such as Torcs, mastering the game of Go, or our forthcoming DeepMind Labyrinth."

StarCraft will be a new testing environment for Google's AI, and DeepMind sees it as an even better opportunity to try algorithms that could later be applied in real-world scenarios.

According to DeepMind, some of the skills that the machine would have to develop in order to master the game include memory, planning over a long time, and adapting its plans according to new information.

Vinyals, writes: "We're really excited to see where our collaboration with Blizzard will take us. While we're still a long way from being able to challenge a professional human player at the game of StarCraft II, we hope that the work we have done with Blizzard will serve as a useful testing platform for the wider AI research community."