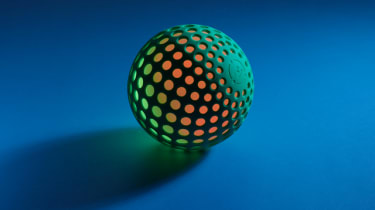 The IT skills gap in the UK is by no means an uncommon concern. For quite some time, British businesses have been suffering due to a lack of skilled workers, with some struggling to find the right talent to fill vacancies. Endless reports over the years have suggested that the shortage of coders and the like is harming innovation in the country. The biggest area for concern is cyber security, with 63 percent of respondents claiming the gap is widening at a time when data breaches abound.

One thing that has become clear over the last decade is that the IT industry must do more to tackle the UK IT skills gap. But one tiny company looking to do make a difference in this area and get to the root of this problem is digital product innovation consultancy Made By Many. This small team of inventors have created a device that helps to teach coding to youngsters via the most simple and natural way: through play. 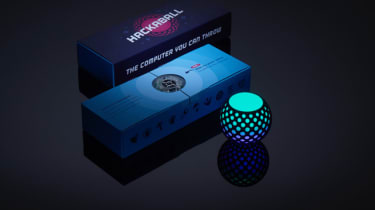 That device is Hackaball, a high-tech toy crammed full of lights and sensors, sounds and vibration motors, which means it can be programmed into a variety of games in a dedicated app. It's essentially a computer encased in a silicone ball that connects to an app for iPad, iPhone or Mac via Bluetooth. Aimed at children aged 6 to 12, it can be programmed to make up new games using simple If This Then That' statements. And because of its sensors, such as gyroscopes, the ball knows when it is thrown, tapped, spun, dropped or stationary. It lights up with kaleidoscopic colours, makes different noises, and growls and vibrates when it is thrown.

But there's much more to Hackaball than just lights and sounds. Its programmable games have been cleverly created to teach children the basics of programming in a fun, natural way. It therefore encourages them to engage in active play while promoting their understanding and use of connected devices, as well as the rapidly growing market of the Internet of Things. Hackaball doesn't force children to spend time sitting down gazing at a screen. Once they've programmed the ball with the games they want to play, children can play as they would with a regular toy without having to look at a screen. 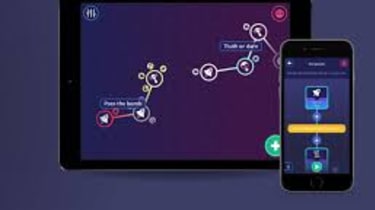 Hackaball's developers Made by Many are hoping Hackaball address the STEM (Science, Technology, Engineering and Mathematics) talent gap by allowing kids to learn about the basic programming logic but in a physical plaything that they can take out into the playground and have fun with.

Made by Many founder, Tim Malbon, said: "We see Hackaball as a revolutionary product a toy that prepares children for the connected age whilst nudging them towards healthier, active play.

"It is a combination that should also delight parents currently losing the struggle to wean their coach-potato children away from their screens. Most connected toys' are actually designed by adults and marketed to parents. Uniquely, Hackaball was co-designed by 100s of children over the past few years. The outcome is an experience and a product that's far more open to children's incredible imaginations, and therefore much more engaging."

Hackaball is available to pre-order now and will be shipped in January. It made its way here thanks to successful crowd funding via Kickstarter, smashing its target of $100,000 with a total funding of $241,122.