IBM plans to build the first very powerful universal quantum computers for business and science - but it may not happen for some time yet.

IBM Q, as the product is called, will deliver quantum systems and services via Bluemix, IBM's cloud platform. According to IBM, it will be the first initiative in the industry to build commercially available quantum computing systems, but there's no release date yet.

This is because, despite the excited tone of IBM's announcement, what's really being announced is a roadmap and aspirations for the technology. The company said it "aims [to construct] commercial IBM Q systems with ~50 qubits in the next few years".

Nevertheless, the company's ambitions are worth noting, with quantum computing is expected to revolutionise the way large-scale computation is done.

"Classical computers are extraordinarily powerful and will continue to advance and underpin everything we do in business and society. But there are many problems that will never be penetrated by a classical computer. To create knowledge from much greater depths of complexity, we need a quantum computer," said Tom Rosamilia, senior vice president of IBM Systems.

"We envision IBM Q systems working in concert with our portfolio of classical high-performance systems to address problems that are currently unsolvable, but hold tremendous untapped value."

IBM does have an existing quantum computer, dubbed the Quantum Experience, which has been delivered via the cloud since last May. It currently has five qubits, but will be able to model 20-qubit computers thanks to an upgrade to its simulator. IBM plans to release tools for companies to build simple quantum applications on it by June.

Arvind Krishna, senior vice president of hybrid cloud and director for IBM Research, said: "IBM has invested over decades to growing the field of quantum computing and we are committed to expanding access to quantum systems and their powerful capabilities for the science and business communities.

"Following Watson and blockchain, we believe that quantum computing will provide the next powerful set of services delivered via the IBM Cloud platform, and promises to be the next major technology that has the potential to drive a new era of innovation across industries."

While quantum computing will make disciplines like analytics and Big Data more useful and insightful, the security community in particular has concerns around the technology. Quantum could render current cryptographic algorithms completely defunct, meaning new technologies to protect data will have to be developed in tandem. 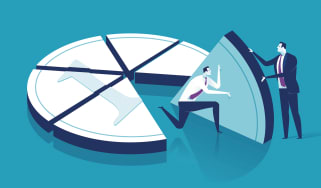