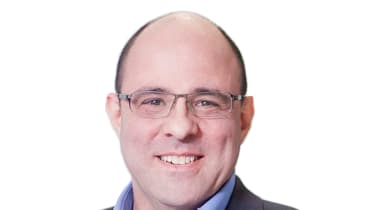 Addison Lee's newly-appointed CIO wants the taxi firm to make better use of data and machine learning to delight its diverse customer base.

Ian Cohen joined Addison Lee just one month ago, replacing the company's longtime CTO, Peter Ingram, and is charged with looking after all the company's technology from frontend customer experience through to backend infrastructure.

However, his priority lies with customer engagement, telling IT Pro that the attraction of joining the firm is in building digital products flexible enough to benefit three different types of customers.

"The individual in the car is our customer but the driver is our customer as well," he said. "We focus on keeping both of those parties incredibly engaged and fulfilled and building solutions to both their benefit."

"We also have the third corner of a customer triangle, which is any [corporation] where we have a network relationship - whether that's an affiliate or a corporate client or a travel management company they're also our customer," he explained.

"The challenges are around building digital solutions to delight that very diverse audience. But that's the attraction."

Describing Addison Lee as a "hugely data-driven business", Cohen will seek to make better use of data to fuel these new applications.

"The levers we need to pull around data are manifold and frankly we don't do enough in that space," he admitted, saying he will look at machine learning, robotics and artificial intelligence (AI) to help improve route planning, amid other types of applications.

"This is an organisation that has grown up from how you allocate jobs based on routes and plans that were originally in a controller's head, that has moved onto complex algorithms and software that hierarchically allocates journeys," he said.

Working alongside a CDO

Cohen will work alongside Addison Lee's existing CDO on the firm's use of data, and hopes he'll be able to bring a different perspective too.

"Our approach on data is hugely operational because we are an operationally-geared business, but increasingly our focus on product and customer engagement and customer delight means we'll look at a variety of new datasets and metrics to drive that forwards," Cohen explained.

Calling the various tech job titles of CTO, CIO, CDO and others "pretty irrelevant", the former CTO of FT.com is instead focused on taking the right approach to tech, starting with his first town hall for the company's developers that he held last week.

"I didn't really mention much about technology, about servers or backends or development frameworks," he said. "What we talked about was building a compelling premium customer experience, how we take the brand and the values of Addison Lee onto a global stage, how we do that at scale and at pace."

Uber's not our rival, but we'll take their developers

Working with 80 of the FTSE 100 companies, Cohen doesn't see Addison Lee as an Uber rival, and said his new firm won't be "racing to the bottom" like "everybody else" in its space.

Instead he hailed Addison Lee's "startup mentality", despite its 40-year heritage, claiming it's building a "customer focused digital mobility solution which is practically unique".

"There's absolutely no doubt that Uber changed the market and the arrival of Uber has caused a shift in focus," he added, "but the proposition that Addison Lee has is different.

"[It] isn't so much around a hailing-type operation - though we do have that - as around a trusted, engaged and service centric model that is different to Uber."

However, Cohen said any developers thinking of joining the ride-hailing giant would be welcome at Addison Lee's London office.

"You can pack your bags and go to San Francisco and hope to get a job with Uber, Lyft or whoever, or you could come and work with Addison Lee and help shape the future of mobility from inside the greatest capital city in the world," he said.