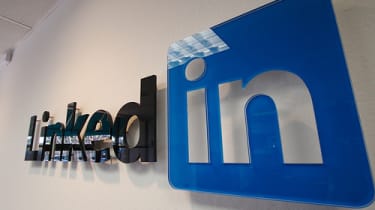 A US federal judge has ruled that Microsoft cannot block a startup from accessing data held on its LinkedIn platform, a decision that is likely to have further implications for social media companies wishing to control data that is considered publicly available.

"To the extent LinkedIn has already put in place technology to prevent hiQ from accessing these public profiles, it is ordered to remove any such barriers," read the court order.

HiQ Labs required access to the data, which is considered publicly available, to build algorithms designed to predict employee behaviour through their social media activities. The service provides "a crystal ball that helps you determine skills gaps or turnover risks months ahead of time", according to its website, essentially alerting bosses to employees thinking of leaving a firm.

The company has hailed the ruling as a major victory for those relying on public data to deliver services.

"HiQ believes that public data must remain public, and innovation on the internet should not be stifled by legal bullying or the anti-competitive hoarding of public data by a small group of powerful companies," the company said in a statement to Reuters.

LinkedIn has been battling with the startup since May, when it sent a cease and desist order to hiQ Labs in an effort to stop the company lifting profile data from its site. It argued that the use of its data in this way was a breach of its terms of service, and potentially went against the Computer Fraud and Abuse Act (CFAA).

LinkedIn said it planned to challenge the decision, according to a statement to Reuters.

"We're disappointed in the court's ruling," said LinkedIn spokeswoman Nicole Leverich, to IT Pro. "This case is not over. We will continue to fight to protect our members' ability to control the information they make available on LinkedIn."

The decision leaves social media companies in a tricky spot. Users signing up to the service, particularly job hunting sites like LinkedIn, rely on the ability to have their profile publicly accessible to others, yet they do not necessarily want their data being used by third-party platforms. Currently, the only way to prevent data from being scalped from social media sites is to make your account private.