Eric Schmidt is leaving his post at Google's parent company 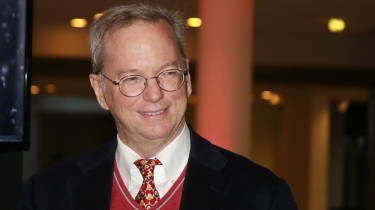 Google's parent company Alphabet has announced that executive chairman Eric Schmidt will be stepping down in January.

Schmidt, who has been with the tech giant since 2001, will become a technical advisor to the company and remain on the board.

"Larry, Sergey, Sundar and I all believe that the time is right in Alphabet's evolution for this transition. The Alphabet structure is working well, and Google and the Other Bets [such as Waymo and Project Loon Wi-Fi enabled weather balloon] are thriving," said Schmidt.

"In recent years, I've been spending a lot of my time on science and technology issues, and philanthropy, and I plan to expand that work."

The company is expecting to appoint a new non-executive chairman.

"Since 2001, Eric has provided us with business and engineering expertise and a clear vision about the future of technology," added Larry Page, CEO of Alphabet.

"Continuing his 17 years of service to the company, he'll now be helping us as a technical advisor on science and technology issues.

"I'm incredibly excited about the progress our companies are making, and about the strong leaders who are driving that innovation."

Google announced it was transforming into Alphabet in 2015, a holding company to house the collection for companies it has acquired and is running, although Google has remained the biggest in the group.

It's not a consumer brand and doesn't launch any products or services but the companies within the group develop them.

Schmidt admitted he had gotten off on the wrong foot with AI at the start of this year. At the RSA Conference in San Francisco he explained he didn't think it would scale to be general purpose enough to be useful. He admitted, however, he was proven to be completely wrong.