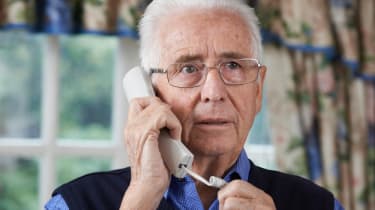 The ICO found that Holmes Financial Solutions, which is based near Liverpool, made the automated marketing calls promoting PPI compensation claims between October 2015 and July 2016, without any of the recipients' consent.

It also broke the law by failing to identify itself on the calls, while it used so-called added value' numbers that generate revenue when an individual calls the number, which is then apportioned and passed to associated companies and the network carrier.

Sixty-two of the people that Holmes called complained to the data protection watchdog, which said that some found they were unable to opt out of the calls, while others experienced further distress by believing the calls may have been about an incident involving a friend or family member.

While the watchdog fined Holmes Financial Solutions for 8.7 million calls, it said the company made more than 26.6 million automated calls.

The ICO's head of enforcement, Steve Eckersley, said: "The company paid no heed to laws on telephone marketing and showed no concern for the distress they were causing people, by making huge volumes of invasive calls.

"The ICO will not tolerate companies who blatantly disregard the law and Holmes Financial Solutions has paid the price for their negligence. I welcome the government's plans to introduce personal liability for directors who think they are above the law, and hope to see them introduced as soon as possible, to support our work to stop such rogue traders operating."

It was only last week that the ICO fined four other companies a combined total of 600,000 for harassing citizens with their marketing. Barrington Claims, Newday, Goody Market UK and TFLI were all named and shamed in the ICO's last crackdown on companies misusing text and phone-based marketing.

Unsolicited marketing calls could earn much higher fines under GDPR, the EU's incoming data protection law that applies in the UK from 25 May 2018. Under these rules, firms face fines of up to 4% of their annual turnover, or 20 million (whichever is higher) for misusing people's data.