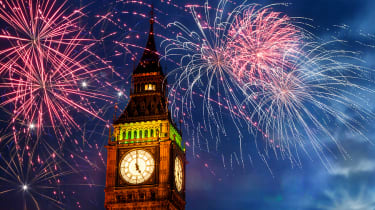 London is still considered a "major draw" for international technology workers, despite the uncertainty of Brexit, according to a new report.

The data, compiled by LinkedIn and Stack Overflow for the Mayor of London's promotional agency, London & Partners, said the UK Capital remains "the top choice for both European and global tech professionals" looking to live and work outside of their own country.

The report was based on an analysis of LinkedIn's members based in the EU, who apparently revealed that London was the number one city for European tech talent moving for work, with London welcoming more EU tech workers than any other European city last year.

"London's thriving tech sector and cultural vibrancy has also helped to attract tech workers from countries outside of Europe," the report said, adding that the data proves London to be "the most attractive European tech hub" for international tech talent from outside of the EU in 2017.

Separate research by Stack Overflow, the world's largest developer community, backed up the LinkedIn data, demonstrated that London is home to more software developers than any other European city, with over 250,000 workers across the capital.

Mayor of London, Sadiq Khan, said: "London is the tech capital of Europe and home to some of the best tech and creative minds from across the world. Global tech companies such as Amazon, Apple, Facebook and Google continue to invest in London because of our city's diverse international tech workforce, and our start-up ecosystem is vibrant and innovative."

He added that this is why it's vital that London's tech businesses continue to have "unrestricted access" to tech talent from Europe and the rest of the world.

"The best way to do this is for London and the UK to remain part of the Single Market and Customs Union, and I will continue to lobby the Government on this in order to protect our status as a global tech hub, while also investing in homegrown talent to ensure that young Londoners share in the benefits of digital growth," he said.

However, the reports follow on from data released by job site Hired last week which suggests tech workers based in London are earning significantly less than their counterparts in the US, has revealed.

Hired looked into the average salaries of tech workers across 13 cities in the UK, Canada, France and the US and those working in London were second worse off, with only Parisians receiving lower salaries. That means the UK has dropped a place since Hired's Global Tech Salaries report, published in February 2017, which found the UK was above

Nevertheless, that's not the case for cybersecurity experts, at least. According to a report published by recruitment consultancy Robert Walters in January this year, they will see the highest salary increases among IT professionals this year.

The 2018 Salary Survey revealed infosec specialists will see a 7% pay rise this year compared to 2017, which is apparently due to the growing number of high-profile data leaks and related cyberattacks of the last year.

However, Ahsan Iqbal, associate director at Robert Walters, argued that this salary surge will make it harder for employers to secure skilled IT staff, and that they should consider other ways in which to attract and retain the best talent.