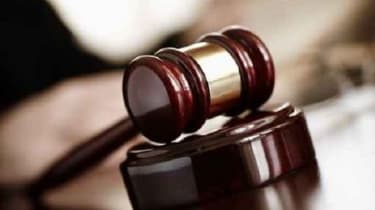 A former YouTube employee is suing the video site's parent company, Google, alleging he was wrongfully terminated from his position after complaining of discriminatory hiring practices against white and Asian men.

Filed in San Mateo Superior Court, California in late January, the lawsuit hasn't come to light until now and explains that former employee, named Arne Wilberg - described as a 40-year-old white man by The Wall Street Journal - worked as a recruiter for YouTube for seven years.

The civil complaint explains how, in his job, Wilberg was tasked with helping to select engineering and tech talent for YouTube and Google. It goes on to say how Wilberg received high marks for his performance as a recruiter until he began pushing back against Google in its diverse workforce hiring practices in 2017.

His manager, Allison Alogna, informed Wilberg and his colleagues that they were to "only accept" Level 3 engineers if they were diverse.

"In April of 2017, Google's Technology Stafng Management team was instructed by Alogna to immediately cancel all Level 3 (0-5 years experience) software engineering interviews with every single applicant who was not either female, Black, or Hispanic and to purge entirely any applications by non-diverse employees from the hiring pipeline," the lawsuit states.

"[The] Plaintiff refused to comply with this request."

Wilberg, who was fired in November 2017, claims that these practices are "illegal and discriminatory," and in trying to resist them, was increasingly chafed against his managers and colleagues.

In a statement, Google said that it would "vigorously defend this lawsuit", adding that it has a "clear policy to hire candidates based on their merit, not their identity. At the same time, we unapologetically try to find a diverse pool of qualified candidates for open roles, as this helps us hire the best people, improve our culture, and build better products".