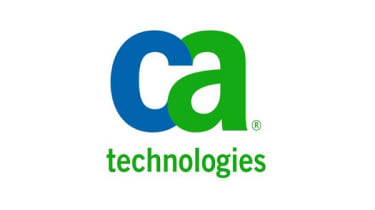 Broadcom is to acquire US software company CA Technologies for $18.9 billion.

According to a statement made by Broadcom, the deal is part of a strategy to acquire "established mission-critical businesses".

The move comes after the US blocked Broadcom's $117 billion bid for semiconductor rival Qualcomm, arguing it was a threat to US national security. In the meantime, Broadcom has based itself in the US from Singapore with headquarters in San Jose, California.

According to Broadcom's president and CEO Hock Tan, the acquisition represents an "important building block" as it tries to "create one of the world's leading infrastructure technology companies".

"With its sizeable installed base of customers, CA is uniquely positioned across the growing and fragmented infrastructure software market, and its mainframe and enterprise software franchises will add to our portfolio of mission-critical technology businesses.," he said.

"We intend to continue to strengthen these franchises to meet the growing demand for infrastructure software solutions."

Mike Gregoire, CA Technologies CEO, said the combination would align his companies "expertise in software with Broadcom's leadership in the semiconductor industry".

Under the terms of the agreement, which has been approved by the boards of directors of both companies, CA's shareholders will receive $44.50 per share in cash.

While Broadcom creates and makes semiconductors used in networking equipment and smartphones, CA Technologies' roots lie in making software for mainframe systems. In the last few decades, the company has broadened its portfolio to include other areas, such as cloud computing, applications development and testing, and database systems management.

According to reports from the Financial Times, shares of CA increased 16% in after-hours trading, but Broadcom shares decreased by 5%.

In a report by Bloomberg, analysts were left pondering how the tie-up would work out. Cody Acree, an analyst at Loop Capital Markets, said that there was a "lack of obvious connection between the two businesses".