UK banks must publish IT outages and data disasters online 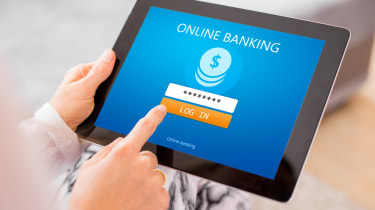 The Financial Conduct Authority (FCA) will force UK banks to publicly reveal the number of IT outages they have via an API.

The new rules, published in a report led by the Competition and Markets Authority, aim to make it easier for customers to find out online how often a bank has had to report "major operational and security incidents".

"Providers must publish the information on their websites in a consistent format and the large banks must also make this information available electronically via online Application Programming Interfaces (APIs)," said the FCA

"As facilitated by the 'Open Banking' initiative, APIs are an important route through which third parties can access current account service information."

The APIs that larger banks will have to use must be compliant with the Open Banking Standards specifications.

Developed over the last year, the new rules coincide with TSB's much publicised IT migration meltdown. In April, many TSB customers were unable to get into their accounts and some reporting having access to other users accounts.

Despite false claims that the problem was under control and being forced to bring in IBM as consultants, the bank continued to have issues and is still struggling with its recovery as reports of a fresh outage emerged this week. To date, the botched IT migration has cost TSB 200 million.

There are also new rules for larger banks to publish information on how likely people would be to recommend their bank, as well its online and mobile banking, branch and overdraft services, to friends, relatives or other businesses.

The FCA said that publishing this information in this way will promote effective competition by incentivising firms to offer better services in ways that are transparent and noticeable. It added that the information being published reflected what banking customers had said they would find useful when carrying out everyday banking.