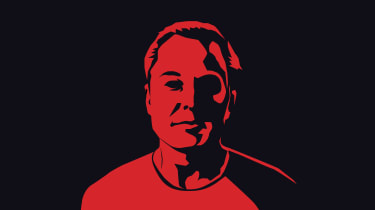 Tesla CEO Elon Musk is being sued by US regulators over claims he made regarding his intentions to take the automotive company private, stating that Musk violated federal securities laws.

The accusations revolve around a series of tweets sent by the maverick entrepreneur last month, in which he announced that he was "considering" taking the company private with a per-share price of $420. He also tweeted that he had "secured" funding for this deal and the only thing that its completion was contingent on was the support of Tesla's shareholders.

The US Securities and Exchange Commission, which is responsible for policing white-collar financial crime, has said that these statements are "false and misleading", claiming that while Musk had spoken to "a sovereign investment fund" about taking the company private, the CEO had not confirmed or discussed any of the specifics of how - or even if - this would be feasible.

Musk's bombshell news plunged Tesla's already-turbulent stock price into chaos; the NASDAQ even briefly halted trading of Tesla shares amongst all the confusion. The announcement came as a shock to the markets but also, it would appear, to Tesla's own leadership. Tesla's head of Investor Relations was forced to text Musk's chief of staff to check whether the announcement was "legit".

The SEC said in its complaint that the move caused market confusion and was harmful to investors. The regulator has called for financial penalties to be imposed against Musk and asked that he be barred (potentially permanently) from holding an executive position with any publicly-traded company - which would necessitate his removal from Tesla's leadership.

Musk himself has refuted any claims of impropriety. "This unjustified action by the SEC leaves me deeply saddened and disappointed," he said in a statement to IT Pro. "I have always taken action in the best interests of truth, transparency and investors. Integrity is the most important value in my life and the facts will show I never compromised this in any way."

Tesla and its board of directors are also standing behind the embattled founder, according to a joint statement.

"Tesla and the board of directors are fully confident in Elon, his integrity, and his leadership of the company, which has resulted in the most successful US auto company in over a century. Our focus remains on the continued ramp of Model 3 production and delivering for our customers, shareholders and employees."

Musk announced less than a month after his initial tweets that he had decided the company should remain public, based on conversations with investors and shareholders.

One of the more incredulous facts revealed by the SEC's lawsuit is the fact that Musk chose the share price of $420 in part because of its "significance in marijuana culture". The CEO stated that he thought his girlfriend, indie artist Grimes, would "find it funny".

Tesla shares dropped by 12% in after-hours trading following the announcement of the SEC's lawsuit.