But still some executives got hefty payoffs before walking out 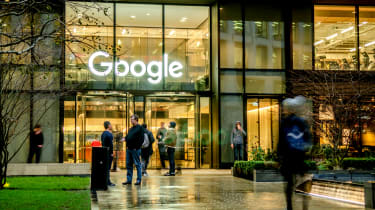 Google has sacked 48 people over sexual harassment claims since 2016, it has emerged. The layoffs include 13 senior managers.

According to an email sent to employees at the search engine giant, Google CEO Sundar Pichai said that the company was "taking an increasingly hard line on inappropriate conduct by people in positions of authority".

He said that none of the 48 people received an exit package. However, a report by the New York Times said that Andy Rubin, the man behind the Android operating system, got a $90 million exit package despite facing allegations of misconduct. Rubin denies the allegations.

The report said that Rubin was asked to resign following a complaint by a female employee over a forced sexual act in a hotel room in 2013.

Pichai said the report by the New York Times was "difficult to read". He added that Google was "dead serious" about making the firm a "safe and inclusive workplace".

"We want to assure you that we review every single complaint about sexual harassment or inappropriate conduct, we investigate and we take action," he said.

He said that Google has also updated its policy to require all vice presidents and senior vice presidents to disclose any relationship with a co-worker regardless of reporting line or presence of conflict.

"We are committed to ensuring that Google is a workplace where you can feel safe to do your best work, and where there are serious consequences for anyone who behaves inappropriately," the email said.