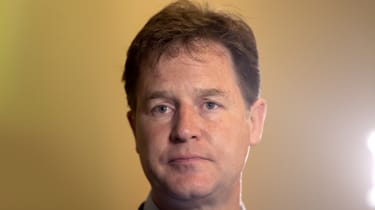 Embattled social media company Facebook is hiring a host of political experts and spin doctors as it prepares for regulatory action from governments around the world.

Currently, the social network is awaiting action from the US Federal Trade Commission (FTC) over its data privacy and protection policies. It's believed that the FTC will seek to impose a record-breaking fine for repeated violations, such as the Cambridge Analytica scandal.

The UK's Information Commissioner's Office (ICO) has already fined Facebook 500,000, the maximum penalty under the Data Protection Act 1998, for failing prevent Cambridge Analytica as a third-party company to harvest the data of 50 million of Facebook users.

And, in December, the Irish Data Protection Commission (DPC) announced it was opening a second inquiry into its handling of a bug that exposed 6.8 million users photos. This rounded off quite a bruising year for CEO Mark Zuckerberg, but despite vowing to make amends in his 2019 new years resolution post, the company seems to have begun taking steps to fight the authorities.

According to the Telegraph, the social network is advertising for more than 50 jobs related to public policy, such as counter-terrorism specialist in Washington DC and crisis communications staff in Mexico City.

This follows last year's appointment of former UK deputy prime minister Nick Clegg as head of the company's global affairs. A spokesperson for Facebook told the Telegraph that most of these new roles would report to Clegg and that their duties would include shaping public opinion, providing input into regulatory policy and influencing the next generation of data protection legislation.

Plans to influence data protection laws may fall on death ears as the company's own data policies have come under relentless scrutiny. Last week, advocacy groups such as Open Market Institute, Colour of Change and Stop Violence Against Women wrote to the FTC demanding the governing body brakes up the social network from its acquisitions, Instagram and WhatsApp, over repeated data privacy violations.

According to the Washington Post, the FTC is already considering a record-breaking fine for Facebook, as an outcome to its long investigation into the company's handling of users data.

On the same day, the news broke about the calls to split Facebook up from WhatsApp and Instagram, The New York Times reported that the company was planning to integrate the three social sites messaging platforms.

These services are alleged to continue operating as stand-alone apps, but their underlying technical infrastructure will be merged, bringing the 2.6 billion combined users of the three messaging networks together.

Potentially, this could redefine how billions of people use the apps to connect with one another, strengthening Facebook's grip on users and raising antitrust, privacy and security questions.