Google scraps embattled AI ethics board after a week 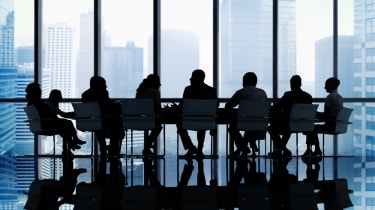 An advisory board established to guide Google's ethical AI development has been shut down after one member became engulfed in a controversy surrounding her social views.

Google created the Advanced Technology External Advisory Council (ATEAC) last week in order to avoid the backlash it generated against its involvement in initiatives such as the Pentagon's Project Maven.

An advisory panel, made up of eight members, would have intervened if such a controversy were to repeat itself. Its members would have posed questions such as whether it is morally acceptable for Google to use its AI technology to improve military drone performance.

But shortly after appointing the panel, the socially and politically conservative views of Kay Coles James generated uproar among the company's employees and sections of the wider tech industry.

In an open letter calling for James' removal from the panel, these views were described as "anti-LGBTQ and anti-immigrant". This petition, signed by more than 2,300 industry players, listed examples where James' record betrayed her "unacceptable" views.

"By appointing James to the ATEAC, Google elevates and endorses her views, implying that hers is a valid perspective worthy of inclusion in its decision making," the letter stated.

"The potential harms of AI are not evenly distributed, and follow historical patterns of discrimination and exclusion.

"Not only are James' views counter to Google's stated values, but they are directly counter to the project of ensuring that the development and application of AI prioritizes justice over profit."

Meanwhile, seemingly motivated by this brewing controversy, fellow panel member Alessandro Acquisti announced his resignation, saying that ATEAC wasn't "the right forum for me to engage in this important work".

Another member, computer scientist Joanna Bryson, also raised alarms by claiming "believe it or not, I know worse about one of the other people".

Now, little more than a week after its inception, Google says it's shutting down the advisory board for good.

"It's become clear that in the current environment, ATEAC can't function as we wanted," a Google spokesperson told IT Pro. "So we're ending the council and going back to the drawing board.

"We'll continue to be responsible in our work on the important issues that AI raises, and will find different ways of getting outside opinions on these topics."

The creation and subsequent demise of Google's now-defunct ethical AI panel represented the latest entry in a string of events sparked from the fallout of the company's involvement in Project Maven.

The tech giant withdrew from the drone performance project following uproar among its employees and afterwards pledged never to use its AI technology in weapons development.