Not only is there a lack of diversity, but women and people of colour are still paid less than white men 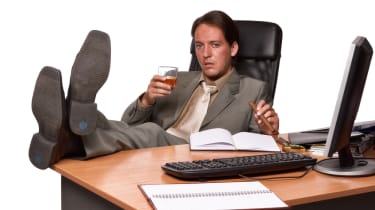 Women and people of colour are vastly underrepresented in the artificial intelligence industry, according to an AI Now Institute report.

The report found that the workforce is overwhelmingly white and male, meaning that the machines they create are dictated by white, male perspectives.

Just 20% of AI professors and 15% and 10% of AI research staff at Facebook and Google respectively are women. It also stated that women are frequently penalised for speaking out about diversity issues.

"The AI industry needs to acknowledge the gravity of its diversity problem, and admit that existing methods have failed to contend with the uneven distribution of power, and the means by which AI can reinforce such inequality," the authors wrote. "Further, many researchers have shown that bias in AI systems reflects historical patterns of discrimination. These are two manifestations of the same problem, and they must be addressed together."

People of colour are also not well-represented in the industry- for example, only 2.5% of Google's workforce is black. In addition to making up a smaller percentage of the workforce, they are often paid less than white men. The report found that Latina software developers make up to 20% less than their white male counterparts.

Perhaps worst of all is that the industry hasn't improved. According to the report, the emphasis on pipeline studies, which "assess the flow of diverse job candidates from school to industry", have not increased diversity because they don't address the deeper issues causing AI's homogenous workforce.

A lack of diversity is particularly consequential to AI because it affects diverse groups of people. AI that isn't created with a diverse data set likely won't be able to serve humans as it's meant to.

It's a real concern: Amazon recently ditched its recruitment tool after it discovered it favoured men, and an MIT study found that just 35% of the newest facial-recognition tech could correctly identify dark-skinned women.

"The diversity problem is not just about women," write the authors. "It's about gender, race, and most fundamentally, about power.10 It affects how AI companies work, what products get built, who they are designed to serve, and who benefits from their development."