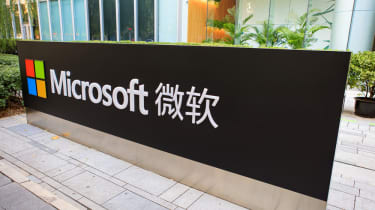 Microsoft employees are pressuring the company to defend a public statement posted on GitHub that advocates for workers rights in China.

A group of largely US-based employees used the Microsoft-owned code sharing platform and social network for programmers to protect a statement made by Chinese developers last month that condemned the increasingly common "996" workweek.

The original statement says that overwork in the Chinese tech industry could be both a health hazard and a violation of Chinese labour law. The phrase "996.ICU" is a joke, suggesting that a 72-hour workweek could land workers in intensive care.

The post is still accessible in the US and the Microsoft employees say it has been the target of censorship on some Chinese browsers. Their chief concern is that Microsoft could soon come under pressure by the Chinese government to remove the pro-worker repository.

A separate petition began circulating on Monday morning asking Microsoft to ensure the post remained live in the event of such pressure. More than 30 employees have signed it, sharing their support for Chinese workers.

The 996 work cycle is 9am to 9pm for six days a week and has support from high profile tech giants; Alibaba's co-founder Jack Ma has been outspoken about how young people should be prepared to work these hours, but his comments have been met with criticism.

Ma has responded to the criticism by saying work should be a joy and also include time for study, reflection, and self-improvement.

"Real '996' is not simply working overtime, it's not tedious physical work and not related to exploitation," he posted on his Weibo microblog this week, according to The Diplomat