Despite growing pressure, the Facebook boss comes out of its AGM with both job titles intact 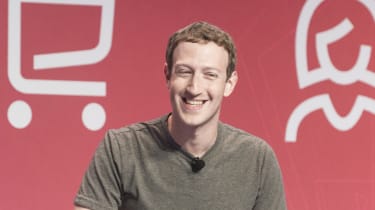 Facebook founder Mark Zuckerberg has seen off a shareholder revolt at the company's annual general meeting which sought to remove him as chairman of the social network.

Zuckerberg, who owns 60% of Facebook's voting shares, is both CEO and chief executive chairman, but some shareholders have expressed concerns about his leadership.

The meeting, which took place on Thursday, had plenty of concerns for Zuckerberg, with other motions for him to fight such as a request to breakup Facebook as a whole and calls that it submit information on its gender pay gap - both were rejected.

There was more trouble for Zuckerberg outside, on the streets of Menlo Park, where protestors gathered to voice their concerns. Campaign group SomeOfUS came with a ballon in the shape of an angry face emoji. 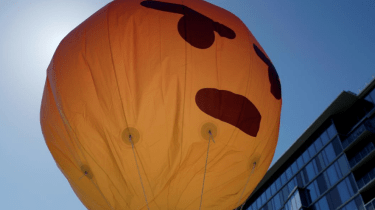 "From the leaking of millions of peoples personal data to the Christchurch Mosque terrorist attacks, Facebook has consistently proven its lack of care for its users and is ever more closely associated with the proliferation of racism and hate online. Its latest actions to limit the consequences are too little and far too late."

Despite the growing pressure for activists and shareholders alike, Zuckerberg came out of the meeting with his two job titles still intact. Perhaps highlighting that he does indeed have too much power being at the helm of one of the biggest companies in the world.

Jonas Kron, senior VP at Trillium, which owns about $7 million worth of shares in Facebook, is one of the companies calling for Zuckerberg to drop his role as chairman.

"He's holding down two full-time jobs in one of the most high-profile companies in the world right now," he told the BBC. "And if he can focus on being the CEO, and let somebody else focus on being an independent board chair, that would be a much better situation.

"He has examples in Larry Page and Alphabet, Bill Gates and Microsoft, of what it can look like for a founder not to be the chairman of the board. I realise that it may not be an easy step to take, but it's an important step that would be to his benefit and to his shareholders' benefit."