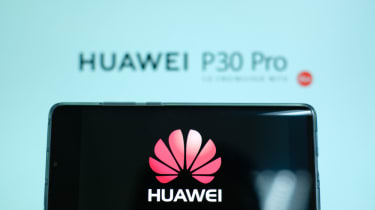 Huawei is allegedly cutting smartphone production after feeling the bite of the US trade ban, according to South China Morning Post.

The Chinese telecoms giant is evaluating the situation according to the report, which quotes Zhao Ming, the president of Honor, a Huawei owned subsidiary. At a media briefing in Shanghai on Friday night, Zhao responded to questions about Huawei's plan to overtake Samsung Electronics and become the world's largest smartphone vendor before the end of 2020.

"As the new situation has emerged, it is too early to say whether we are able to achieve the goal," he said.

The 'new situation', as Zhao allegedly put it, is the result of Huawei's being placed on a trade blacklist by the US government. The Department of Commerce said the Chinese telecoms giant possed an "unacceptable risk" to national security and banned all US companies from supplying components to Huawei.

In the aftermath of the executive order, a host of US tech companies, such as Google, Microsoft and chip manufacturer ARM announced they wouldn't continue to support sales of Huawei devices.

Although those restrictions softened slightly, Google said that all future Huawei devices released may not have a license to use the Android OS, meaning it must develop its own or use another base software platform.

However, now it's alleged that the firm is considering cutting production of its smartphones as it fears a sales backlash over the US sanctions. Earlier in the year, Huawei was riding high from positive reviews of its P30 and P30 Pro smartphones and the announcement of the Mate X, it's foldable smartphone. On the same day the ban was announced, the firm also unveiled its first 5G ready device, the Mate 20 X (5G).

Last week, Huawei chairman Ren Zhengfei hit back at the US sanctions, saving some cutting words for president Donald Trump.

"We'll ignore Trump, then who will he have to negotiate with?" Ren said. "If he calls me I may not answer. But he doesn't even have my number. I see his tweets and I think it's laughable because they're self-contradictory.

"We might miss our expected growth target, but we are still growing. Being able to grow in the toughest battle environment just shows how great we are."

As he arrived in the UK for his state visit, Trump tweeted about the on-going US-China trade tariff war that Huawei has been caught in the middle of.

China is subsidizing its product in order that it can continue to be sold in the USA. Many firms are leaving China for other countries, including the United States, in order to avoid paying the Tariffs. No visible increase in costs or inflation, but U.S. is taking Billions!

"China is subsidising its product in order that it can continue to be sold in the USA," he said. "Many firms are leaving China for other countries, including the United States, in order to avoid paying the Tariffs. No visible increase in costs or inflation, but US is taking Billions!"