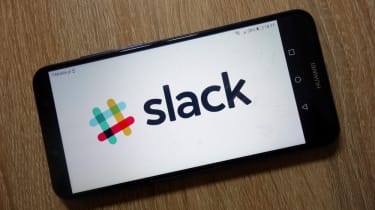 The instant messenger platform, which has spread through the business world and the tech sector like wildfire, has been placed on an internal list of prohibited and discouraged software.

Although Microsoft Teams is the biggest rival to Slack, according to the report the ban is not to do with competition, but a lack of security. In this regard, Slack is not alone as Microsoft has a pretty substantial list of apps and services it doesn't want employees using, from AWS to Google Docs.

GeekWire said it obtained an internal Microsoft list of prohibited and discouraged technology after it had heard rumblings of a prohibition from Microsoft employees who were surprised they couldn't use Slack at work.

"Slack Free, Slack Standard and Slack Plus versions do not provide required controls to properly protect Microsoft Intellectual Property," the internal email stated. "Existing users of these solutions should migrate chat history and files related to Microsoft business to Microsoft Teams, which offers the same features and integrated Office 365 apps, calling and meeting functionality. Learn more about the additional features that Teams can provide your workgroup. Slack Enterprise Grid version complies with Microsoft security requirements; however, we encourage use of Microsoft Teams rather than a competitive software."

While verifying the list, GeekBench found that it references the competitive nature of these services in some situations, but the primary criteria for landing in the "prohibited" category are related to IT security and safeguarding company secrets. As such, Slack is on the "prohibited" category of the internal Microsoft list, along with tools such as the Grammarly grammar checker and Kaspersky security software.

Google Docs, AWS and PagerDuty were found on the "discouraged" category along with a strange entry, the cloud version of GitHub, which Microsoft acquired last year for $7.5 billion.