IT Pro Panel: The truth about talent

Why is it still so hard to find good people? 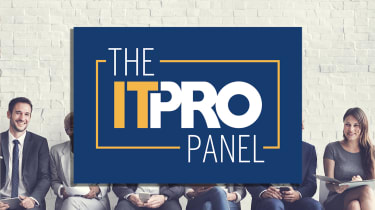 Forget about cloud migrations, digital transformation and AI deployment - there's one foundational problem that modern IT departments have been wrestling with since the earliest days of the industry, and one that continues to challenge them to this day.

Modern IT departments continue to struggle with locating, recruiting and retaining talented technical professionals - which is partly why a European Commission report from 2017 estimated that by 2020, there will be more than 500,000 unfilled IT positions throughout Europe.

But why is recruitment such a struggle? What are the biggest challenges, and how can organisations start improving the talent pipeline and closing the skills gap? In this month's IT Pro Panel discussion, we spoke to some of our expert panellists to get their take on the IT industry's ongoing talent crisis.

For Liam Quinn, director of IT at Richmond Events, recruitment is a "complete nightmare". Hiring a new developer took almost five months; Domino's UK CISO Paul Watts says that his experience is similar, with technical vacancies taking an average of six months to fill.

"Recruiters are not very good, but using LinkedIn is like opening the door to a tsunami," Quinn says. "We don't have in-house recruiters, so it all falls on me."

Quinn's disdain for recruitment agencies is shared by ICC Wales' IT manager Chris Stanley, who says that they don't understand the job roles and related technologies that they're asked to recruit for. Quinn adds that they also over-promise, with a tendency to be poor at listening and communication.

While Quinn laments the fact that he has to handle all of the recruitment personally, the reverse is true for Stanley. Although he creates the job spec and conducts the interviews, the bulk of the candidate selection is performed by his company's internal recruitment officer. "It's not ideal as I would rather do it directly," he says, "but I don't have the time or resource to do it myself."

Quinn and Stanley both have relatively small teams, numbering nine and six people, respectively. Watts, meanwhile, deals with an IT organisation of around 100. However, all three of our panellists reported that their teams were split roughly fifty-fifty between specialists and generalists.

According to Stanley, this solves one of his primary recruitment challenges - namely that technical staff who have experience working with the specialised systems used by the hospitality industry are hard to find. Instead, he's forced to recruit generalists and get them working with vendors to build their proficiency. "They aren't mainstream," he says, "so it's challenging."

"It all comes down to there being so much technology," he says, "and these technologies are all used for every business role you can think of, so IT generalist will be one of the main roles for the foreseeable future."

"I'm planning to go hybrid in the security function to an extent," Watts agrees, "allowing people to start generalised, cross-skill and look to specialise where relevant and useful over time."

Skills to pay the bills

The area of skills represents one of Watts' biggest issues when it comes to talent. "The market is tough, skills are short in key areas and location is a big factor," he says. He cites security and cloud as two particularly challenging areas at the moment.

"The argument I hear is that the skills are there but people feel roles are inaccessible to them, in some cases because role specs are badly put together," Watts notes. "I do feel there is a shortage in certain niche areas. I wonder whether industry could do more to give academia a better outlook on skills demands over a rolling 24-36 months - ditto for vocational schemes."

"There's lots of technical people around, but finding those that fit into the culture of the larger organisation is difficult. The majority of applicants we get when they come for an interview still fit the old IT stereotype and we're too small a team and company for that to work."

Similarly, Stanley notes that a candidate's attitude is increasingly becoming the most important factor when recruiting for technical positions, alongside qualifications and skills. However, all three of our panellists highlighted issues with the current careers pipeline.

"I met with an IT services owner a couple of months ago, and he is driving a campaign in South Wales to get IT leaders in the area to start to visit schools and colleges to promote IT as a career due to a lack of IT workforce locally," Stanley explains, noting that the majority of students still see IT "as an 'uncool' job".

"There certainly needs to be better alignment between academia and industry," Quinn agrees. "The various code schools don't seem to understand what is needed in the real world and they code by example, not around initiative and creativity."

Much has also been made of the potential negative effect that Brexit could have on the availability of talented staff, as tougher immigration restrictions prevent European developers and technicians from moving to the UK. However, none of our panellists are particularly concerned about the impact of Brexit on the number of skilled workers.

Although half of Stanley's team are originally from overseas - or more than half, he jokes, if you count England as 'overseas' - his current staff are all UK residents, he says, so Brexit won't present any immediate issues. "Recruiting may be more of a challenge," he admits, "but this is an opportunity for the UK to invest in and promote job roles in all industries."

Watts was more pragmatic about the possibilities, arguing that it's impossible to predict the impact of Brexit until companies know what kind of Brexit we're likely to have. "To be honest, speculating about it is hurting industry as much as the event itself," he said.

"Who knows what will be involved in Brexit come the end of the year," Stanley added.