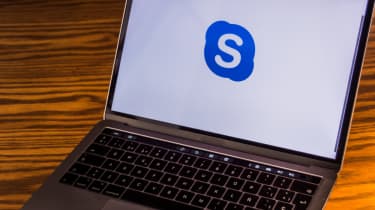 The video calling platform's website does say that the company may analyse audio of translated phone calls in order to improve the service but it doesn't state that this will be done by humans. However, through obtaining some Skype audio recordings and accounts of the human listening situation from unnamed Microsoft workers, Motherboard reported that the contractors are allegedly listening to personal conversations made through Skype.

It is also reported that these contractors are reviewing recordings of voice commands made to Microsoft's Cortana, which is currently a controversial trend with tech companies. Both Amazon and Google came under fire recently for reports that revealed workers were reviewing Alexa and Google Assistant recordings - Amazon later introduced a setting for users to disable human reviews.

The issue with it, however, isn't that humans are listening to the device, but that it isn't made clear in the terms and conditions. Skype Translator Ts&Cs state: "When you use Skype's translation features, Skype collects and uses your conversation to help improve Microsoft products and services. To help the translation and speech recognition technology learn and grow, sentences and automatic transcripts are analysed and any corrections are entered into our system, to build more performant services."

While it does state that it collects recordings to improve the service, it doesn't explicitly say that these recordings are reviewed by humans contractors. Likewise, Microsoft's own privacy statement also fails to make this crystal clear.

In July, after an unnamed Google worker leaked details to a Belgian public broadcaster about how the company reviews recordings made on its smart speaker, the tech giant responded in a blog post defending the practice.

As GDPR expert lawyer Frank Jennings told IT Pro at the time, speech recognition has progressed so far that we don't expect humans to be involved at all, but there is still an obligation to be clear on the matter.

"While asking humans to assist with language recognition and booking fulfilment is a 'legitimate purpose' under GDPR, the real question is whether Google is doing so in a 'transparent manner' and for 'specified and explicit purposes'," said Jennings.

While home speakers like Alexa and Google Assistant raise questions over privacy in the home, the reports of Skype Translator recordings present a potential worry for businesses.

"We strive to be transparent about our collection and use of voice data to ensure customers can make informed choices about when and how their voice data is used," a Microsoft spokesperson said to IT Pro in an email. "Microsoft gets customers permission before collecting and using their voice data. We also put in place several procedures designed to prioritise users privacy before sharing this data with our vendors, including de-identifying data, requiring non-disclosure agreements with vendors and their employees, and requiring that vendors meet the high privacy standards set out in European law. We continue to review the way we handle voice data to ensure we make options as clear as possible to customers and provide strong privacy protections."

Which, again, still doesn't explicitly say "humans" are involved in this process.