Microsoft confirms a Teams client for Linux is on its way 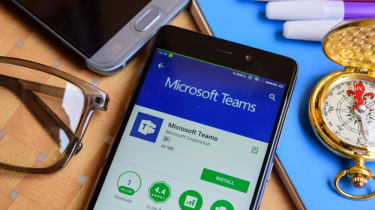 Microsoft is developing an iteration of its collaboration tool, Teams, for Linux systems after high demand from users, but hasn't provided a release date.

The company confirmed on a user feedback forum last week that it's actively working on a Teams client, and that more information would be divulged soon. Users have previously been forced to use an in-browser version of Teams on Linux systems, which suffers from limitations in functionality and user experience (UX).

The popular collaboration tool is currently available on Windows, macOS, iOS and Android, as well as within a web browser, with Linux the only missing piece of the puzzle.

The biggest issues with the web iteration of Teams include the inability to video conference or share desktops and applications effectively, as well as difficulty organising presentations.

Linux users have been demanding a client for Teams for years, with the original post that Microsoft replied to on UserVoice, for example, dating back to November 2016.

Notably, Teams' biggest rival in the collaboration space is Slack, which does have a functional Linux client that launched last year. The Ubuntu Snap tool has been used to put the app into a bubble so it could run in a Linux environment, and provide secure isolation.

In confirming a Linux client for Teams, Microsoft is encroaching on one of Slack's most significant differentiating factors from the industry giant.

It's particularly significant given that Microsoft announced in July that it has more users than its key competitor; boasting more than 13 million active daily users versus Slack's latest reported figures of 10 million users.

This can partially be attributed to the fact it's packaged into Microsft's Office 365 ecosystem of productivity apps by default. But it's also been considered fairly staggering considering Teams was lagging behind its rival as soon as April.

The rivalry between the two platforms has indeed been hitting up during 2019, with Microsoft banning its employees from using Slack in June, declaring some versions of the workplace service are not secure.